Home World A critical scenario for violent storms in Argentina 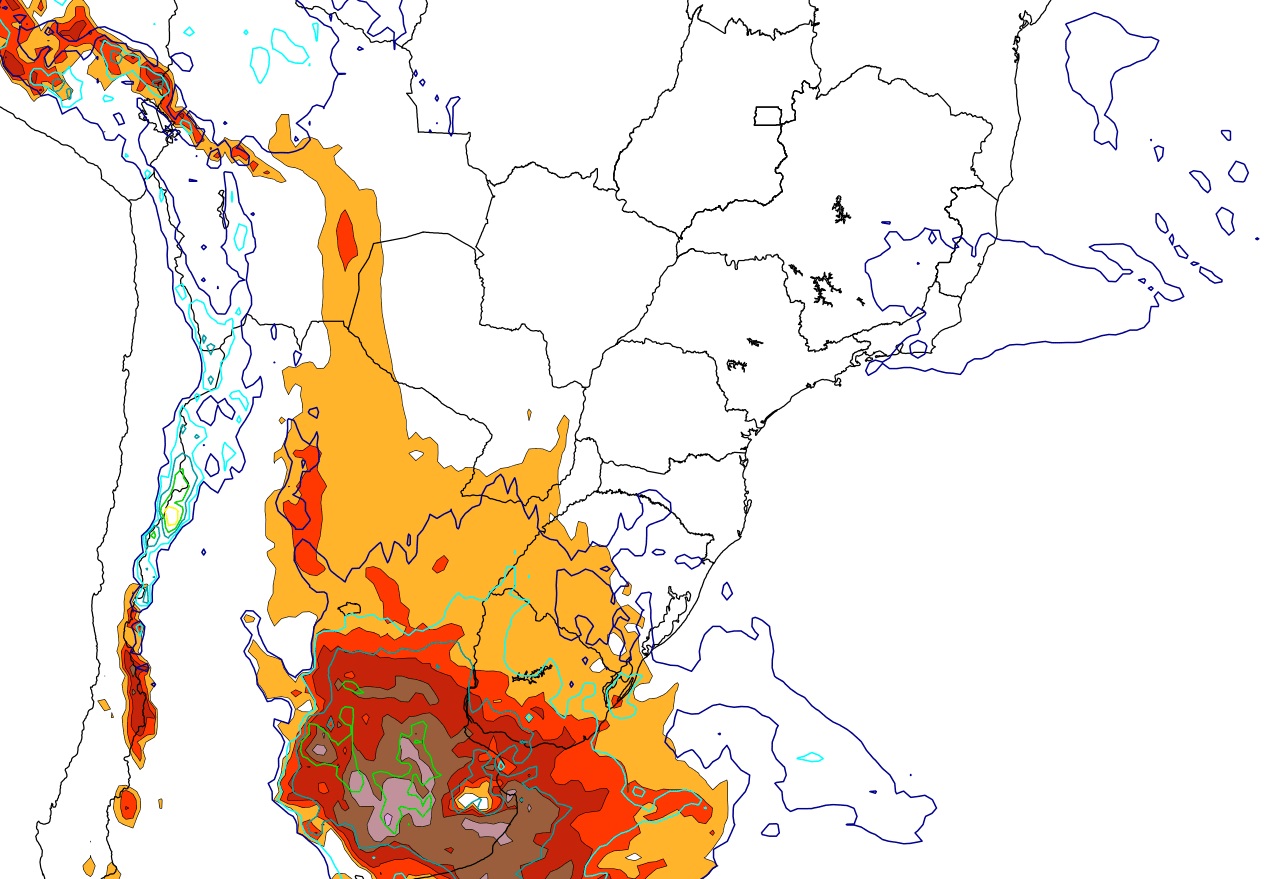 MetSul Meteorologia forecast very severe storms for central Argentina provinces Tuesday afternoon, evening and between dawn and Wednesday morning. The meteorological scenario corresponds to the formation of giant storm cells that have the potential to create severe and destructive storms at some points.

Provinces such as La Pampa, Córdoba, Buenos Aires, Santa Fe and Entre Ríos are in the severe weather hazard zone. Weather conditions will deteriorate very quickly as the hours pass through the second half of Tuesday and early Wednesday in this area with the formation of multiple stormy areas and very dense clouds whose top temperatures can reach -80 degrees Celsius or less.

This is a particularly dangerous condition in severe weather due to the high risk of locally intense storms with damaging winds and the possibility of hail. The city of Buenos Aires and its metropolitan area, called conurbano, are among the locations most at risk of very severe weather.

Analysis of the atmospheric data set projected by the numerical model package indicates that there are storms with heavy rain locally, but the bigger concern is the potential for severe to sometimes violent hailstorms – which can be significant in some places – and windstorms. downdrafts) and even the formation of occasional tornadoes.

The maps below show hail forecasts for Tuesday afternoon and evening based on the GFS model for North America. It is noted that the probability of hail is very high in central Argentina, especially in the provinces of La Pampa, Cordoba, Santa Fe and Buenos Aires.

This scenario is considered critical for severe weather in central Argentina in one of the most dangerous situations for violent storms in recent times in the neighboring country. All components that increase the likelihood of storms will be present between Tuesday and Wednesday.

First, the low pressure center will operate in an area with very low surface pressure values. Models suggest that 995 hPa to 998 hPa may occur in Buenos Aires Province, with values ​​below 1,000 hPa that are particularly critical in severe weather.

Second, a low-level jet stream (JBN or LLJ) will transport extremely hot air to the area where the storms will form. The plane will be very intense, with winds ranging from 1,000 to 2,000 meters of altitude, from 100 km/h to 150 km/h. As the cold front progresses, the divergent wind pattern (shear) will be huge and favorable conditions for hurricanes will be created. 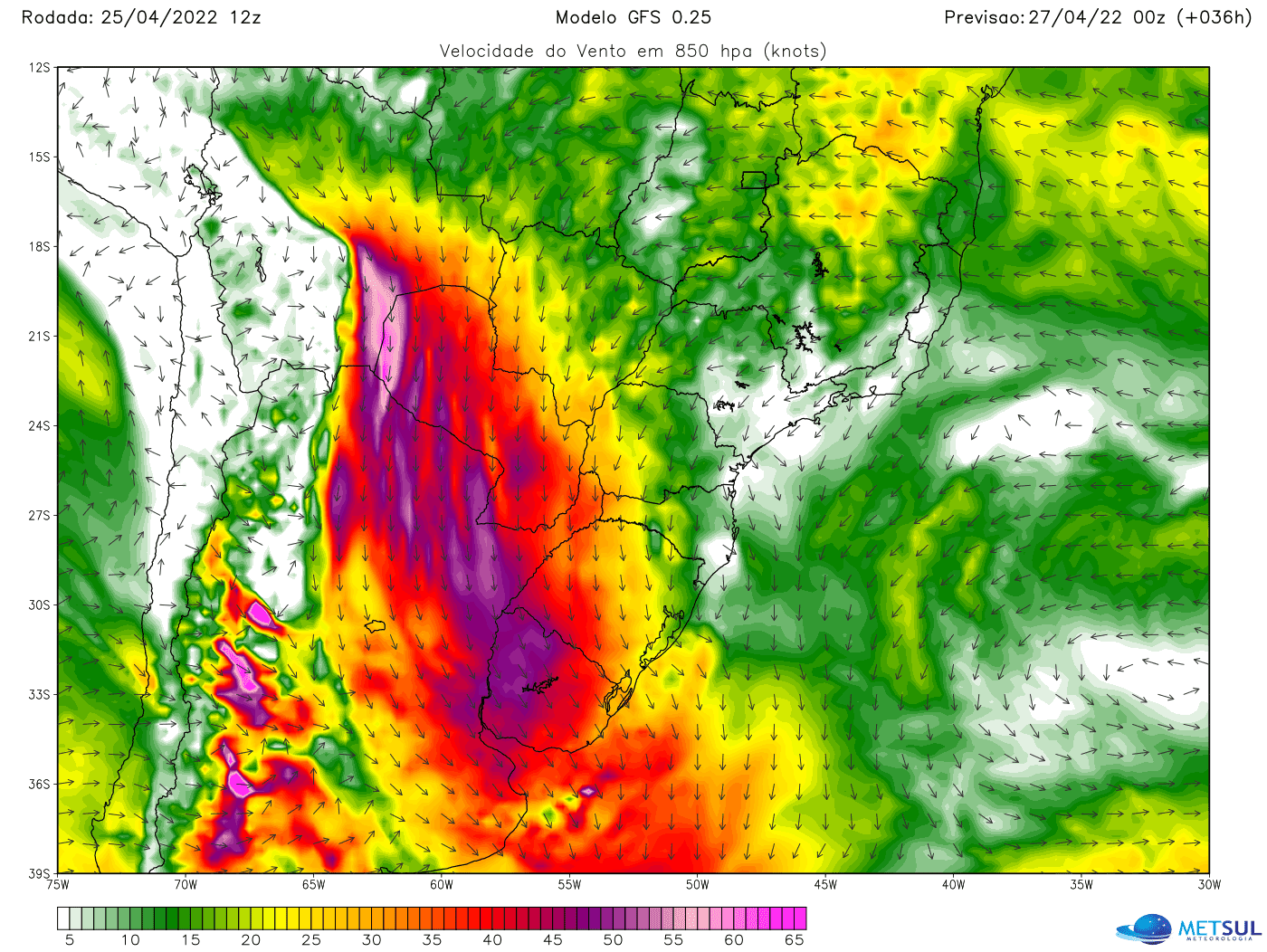 Third, the cold front will advance over an extremely hot mass of air at this time of year in an extremely unstable environment with low atmospheric pressure and an extremely dense low-level jet stream. 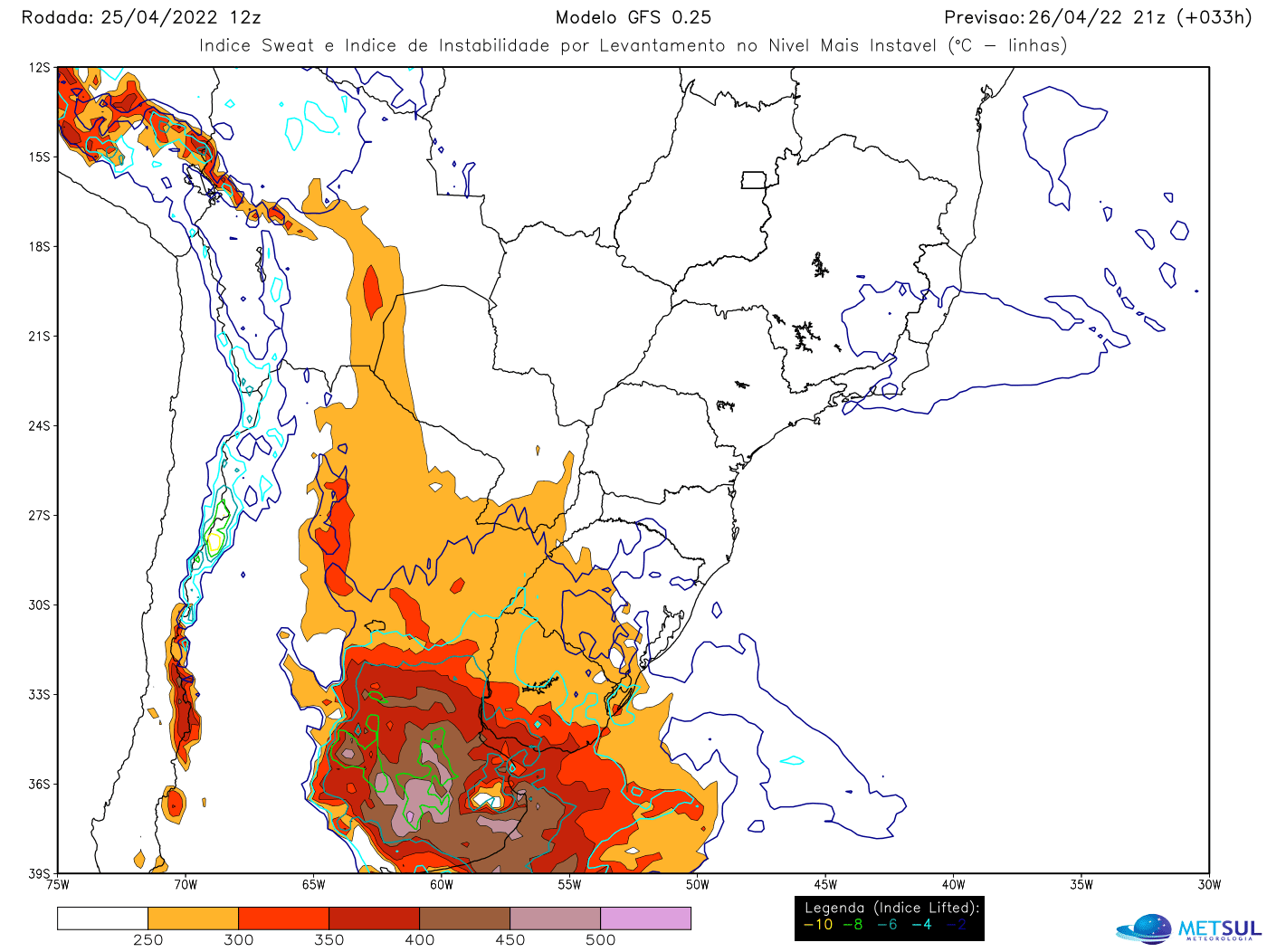 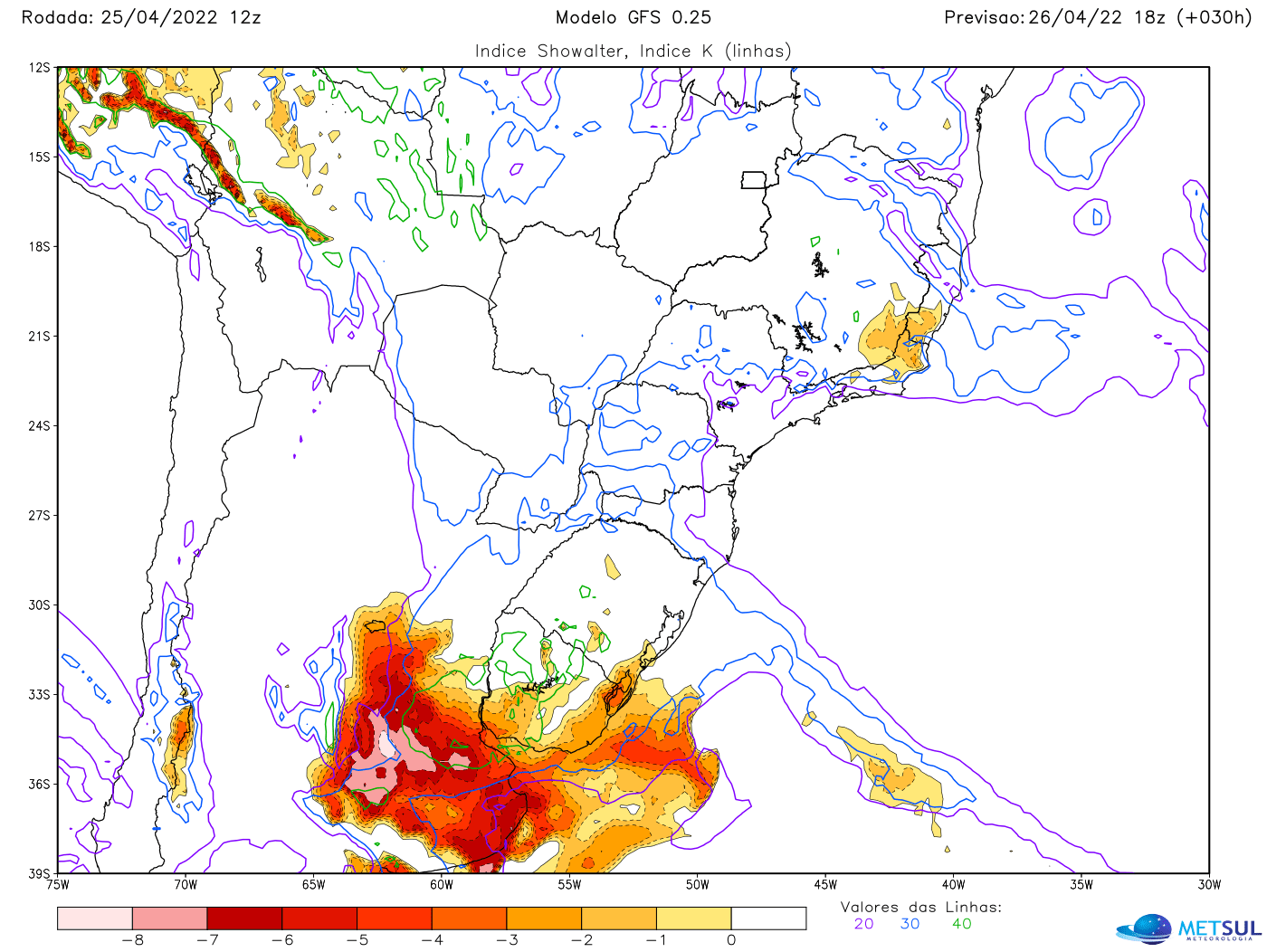 It is important to emphasize that This critical scenario for severe to violent storms applies to central Argentina, not Rio Grande do Sul. Strong instability will also affect Uruguay during the warning period and should move to the Gaucho region, but although there is a risk of storms in Rio Grande do Sul, the scenario is not as dangerous as expected in Argentina..

How to consult maps

Subscriber MetSul Meteorologia has anytime access to all maps of this bulletin and many others with forecasts of accumulated rain, temperature, frost risk, hail risk, indicators of atmospheric instability for storms, forecast graphs and more from our high-resolution WRF and major international meteorological models such as the GFS for America Northern, European, German, Canadian and other icon. Consult the Maps section and subscribe to metsul.com/subscribe.