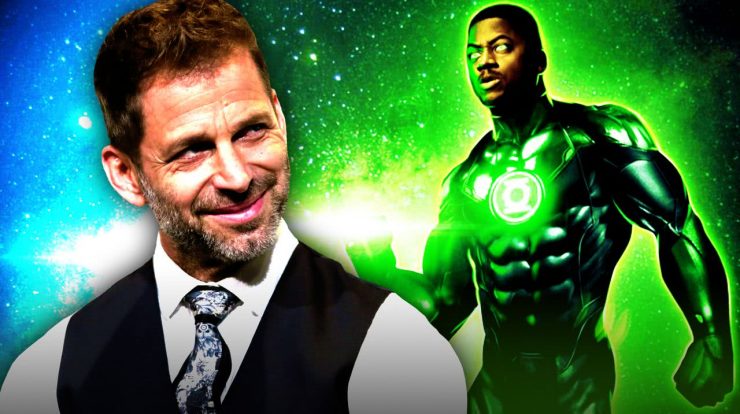 Zack Snyder He had a serious fight with Warner Bros. To put Jon Stewart Like Green Lantern, played by Wayne T-Carr. At least, that’s what he said in an interview on Tyrone Magnus’ YouTube channel. According to Snyder, Warner did not want to allow this because he had plans to introduce the character in ‘Green Lantern Corps’:

When we had this fight, I said: Guys, I don’t understand. We have the entire multiverse thing, you have it all, who cares? I think the right ending to this movie is Jon Stewart, this is the right ending that has to happen. By the way, I didn’t want to take anything away from Martian Manhunter, because he’s cool. Seeing it at the beginning and then at the end, it’s amazing, it kind of completes the story. But I always intended to put Jon Stewart to meet Batman…

Snyder ended up filming the scene without studio permission, recruiting Wayne T. Carr for the role:

For me, it wasn’t worth doing without Wayne T-Car, I came close to canceling the entire movie – yes, it got to that point. Then everyone got nervous and Wayne felt, “Oh, damn, I canceled the movie because Snyder didn’t budget on my part.” And I thought: Well, don’t bother. I’ll leave it as is

Apparently, the correct ending would be to see Green Lantern visiting Bruce Wayne, instead of Martian Manhunter. what do you think?

Comics and books for geeks at a discount! to have fun, Just click here And check out all the available items.