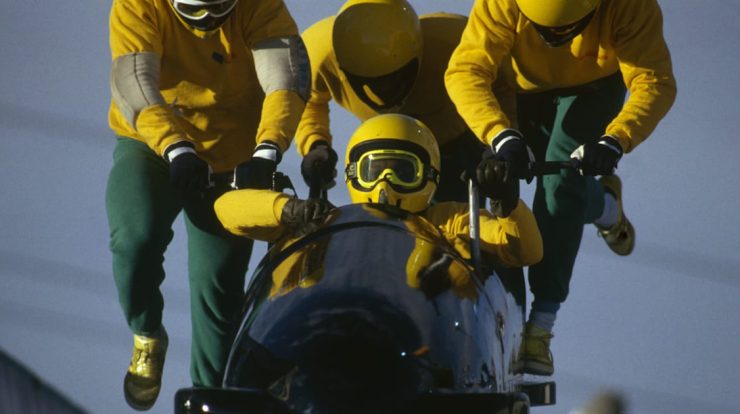 In many parts of the planet, the holiday season is upon us, filled with good food, gifts, and family gatherings. To get you in the mood, here are 10 Olympic Channel winter sports documentaries that combine the spirit of Christmas and the Olympics.

Jamaica is below zero

A classic winter sports, Jamaica Bellow Zero is all about making your dreams come true against all odds. Inspired by the true story of Jamaica’s iconic 4-men bobsled team that competed in the 1988 Calgary Olympics, this 1993 movie was intended to be a drama, but later becomes a comedy exploring the adventures of Jamaican athletes, who learned the sport just months ago. Before the biggest competition on the planet.

A must-have for ice hockey fans, the 2004 film tells the true story of Miracle on Ice, when the US men’s team shocked the Soviet Union during the final round of the Winter Olympics, eventually taking home the country’s second gold medal. Set in Lake Placid 1980. With Kurt Russell as Coach Brooks, the movie was celebrated for having real hockey players, making the ring scenes so realistic.

Nominated for an Academy Award for Best Original Song in 1979, this snowboarding thriller is not based on a true story, but manages to speak to the hearts of audiences around the world. It tells the story of Lexi, a promising skater who suffers brain damage from a fall and loses her sight. Her old boyfriend Nick convinces her to get back on the ice and continue to pursue her dreams. Needless to say, it is a great choice for enjoying a romantic Christmas moment.

Eddie the Eagle surrounded by reporters in Calgary, 1988

Another great Cinderella story from the Winter Games, Michael Edwards inspired this 2016 biopic. Initially working in a cast in the UK, he became the first Briton to compete in Olympic ski jumping since 1928 in Calgary in 1988.

With his thick-lensed goggles and big drooping parts, like “I’d say I flew like water, but I might have been closer to an ostrich,” Eddie the Eagle (Eddie Eagle) became one of the winter’s most popular athletes despite taking last place in both events. in which they compete.

Eddie Edwards (center), along with actors Hugh Jackman (left) and Taron Egerton (right) at the 2016 London premiere of the film.

The historic gold medal of the Czech men’s ice hockey team in Nagano 1998 is narrated in this documentary, which includes exclusive moments from the campaign and interviews with Czech players.

If you prefer downhill skiing, take some time to watch the Cirque Blanc mini-series. Episodes follow the journey of the French Olympic team – including Tessa Worley, Tiffany Gautier and Romain Miradoli – earlier this season.

This documentary tells the story of a team that has won support from around the world: the revolutionary unified Korean team that competed in women’s ice hockey in Pyeongchang 2018. A truly Olympic moment.

On the edge of the abyss

Ice skating series that can be seen through the end of the year? Yes please! Watch some of the greatest athletes and peers from five countries – like France’s Gabriella Papadakis and Guillaume Céziron – train at the Ice Academy in Montreal, Canada.

If you prefer inspiring stories, this series is the perfect choice for you. Six athletes from around the world show that nothing is impossible. The first two episodes feature cancer survivor William Flaherty of Puerto Rico and Finnish hockey player Jenny Herikowski, who worked on a farm.