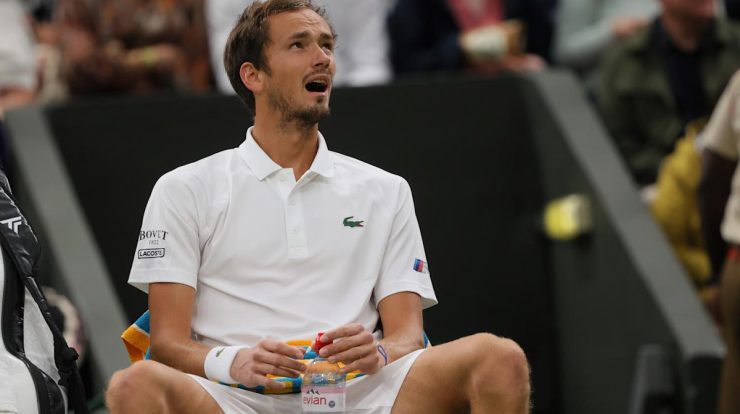 It was announced Wednesday afternoon that Russian and Belarusian athletes have been banned from the Wimbledon Grand Slam, a traditional tennis tournament that will take place between June 27 and July 10 in London, the capital of the United Kingdom. This action is one of a series of sanctions applied against Russia due to the military attacks and invasions promoted by Vladimir Putin’s government against Ukraine.

Ian Hewitt, president of the All England Club, which organizes the tournament, said in an official published note that he felt the same sadness as athletes who would suffer the penalty, but stressed that the tournament could not be used as a tool to support the championship. Putin’s government: “We understand that this is difficult for the affected individuals, and it is unfortunate that they will suffer because of the actions of the leaders of the Russian system. We have carefully considered alternative measures that could be taken under the guidance of the UK government, but given the high level environment of the championship, the importance of not allowing the use of sport to promote The Russian system, and our broader concerns about the safety of the fans and players (including the family), we do not believe it is possible to proceed on any other basis in the tournament.”

The decision affects two athletes who are currently in the top 10 in the men’s rankings, Daniil Medvedev, No. 2 in the world, Andrey Rublev, No. 8, and three athletes in the top 20, Arina Sabalinla and Victoria Azarenka and. Anastasia Pavlyuchenkova.

The professional tennis association, the Professional Tennis Association, condemned the position of Wimbledon and described the decision to reject the participation of athletes of both nationalities as “radical”.