Home science Why do mental health problems appear in adolescence? 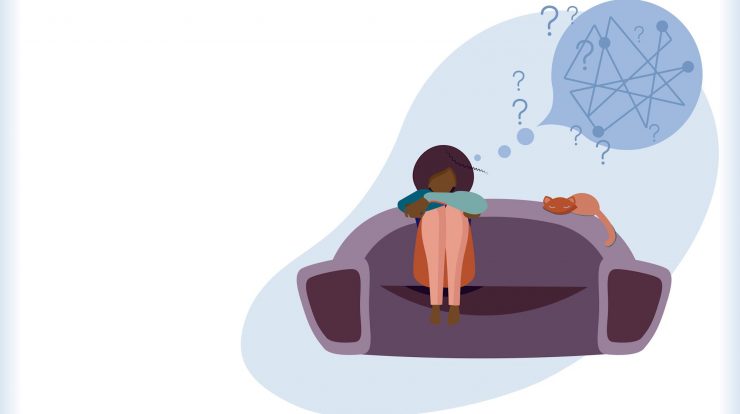 Are brain changes in adolescence an opportunity or a risk?

Adolescence is a critical stage, mainly due to the complex changes brought about by the transition from childhood to adulthood, such as the transformation of the brain to form adult functions and structures and the hormonal explosion, among other physical and psychological aspects. In addition, the macro and micro environment in which a person is introduced during childhood and adolescence also plays an important role.

During adolescence, the brain goes through a critical stage of development ending at around 25 years of age. It is a period of super specialization that represents great diversity and the formation of more and more neural networks.

The circuits that manage emotional responses and those that control rational functions are interconnected at high speed. In the beginning, these bonds are fragile and change all the time, but they hold together because they are used by the teenager during the maturation process. Along this pathway occurs what neuroscientists call synaptic pruning, that is, the destruction of connections that are no longer useful. This developmental state is a great opportunity to enhance the physical and mental health development of a teenager, but it may also be a factor in vulnerability to mental illness. The result depends on the influence of the family, school, and socio-economic environment.

For example, we already know that toxic stress plays a detrimental role in brain development, especially in critical stages, such as early childhood (0-7 years) and adolescence (14-25 years). We also know that in the context of COVID-19, although they are not the primary affected by the virus, children and adolescents are the largest portion of the population suffering from stress associated with measures taken around the world to confront the epidemic.

Mental health problems in adolescence do not appear overnight

Adolescents’ mental health is shaped throughout life. Although adults are generally unable to notice this association, many of the conditions that favor the emergence of mental health problems during adolescence begin in childhood and appear when a child has sufficient size, strength, and motivation to project them socially.

Authoritarian paradigms in education, emotional distance, experiences of abuse, helplessness, emotional detachment, excessive demands, systematic imposition, inability to express willpower and vital motivations during childhood, old, boring and oppressive schools that prevail in our educational system, exclusion due to neurotic and sexual differences Ethnicity, economic, consumerism, and community violence … all contribute to the finding that can be seen in the impressive data on adolescent mental health published by the World Health Organization.

In general, adults know little about the true needs of children and adolescents, so they end up negatively interfering with youthful mental health development.

Various behaviors typical of age are seen as problems, and parents end up trusting specialists, who provide questionable diagnoses of various disorders and even prescribe medications. Then, when their children experience depression, anxiety, addiction, or psychotic episodes in their teens, parents do not see the relationship to what happened days, months, or years before childhood.

Almost every day I receive letters from parents who are impatient asking for recommendations from psychologists or child therapists because they don’t know what to do either so that children obey without complaint, do the task, sleep alone every night without filling their patience, eat, stop asking crying, Don’t have tantrums, respect your parents … I always answer that adults are the ones who need help changing expectations with children, understanding their needs and what’s behind these behaviors.

It is adults who need to deconstruct myths, change the perception of children and adolescents and the way they are approached (which is usually one-way, distant, authoritarian, descendant). Adults need to analyze their emotional resources to interact with their children, to be available to them, to understand why it is difficult to accept and respond to their needs and compassion.

It is adults who need to eliminate stale patterns, rehabilitate and heal the emotional wounds of childhood. In short, do self-analysis and transformation to improve your parenting skills, broaden emotional boundaries, and overcome limited beliefs and questionable opinions over several generations, allowing room for a wider awareness.

In most cases, this is how children and teens get better. It is the sharpest and most direct mirror. So it is always a good idea to stop and think: To what extent do we see, understand, and judge our children by their relationship with them and not with us?

In general, adults need to seek help or psychotherapy, as the behavior of children and adolescents most of the time indicates either unresolved problems of the adults who care for them or are the consequences of the sick community in which they are introduced. So when the adults get better, so do the kids.

Teacher Alexander Neill actually said that there are no problem children, only problem parents in society.

The foundation of a person’s mental health is built in the first seven years of life. This period is like fresh cement: everything that happens is recorded.

In this way, the foundations of psychological and physical health are strengthened, and the other floors of the building are built over them (second childhood, adolescence, adulthood). If this foundation is not durable, then other floors are also not.

Therefore, devoting energy, time and money to providing quality education that meets the real needs of children is a safe investment in preventing mental illness, violence and a plethora of important social problems.

This article is part of the Yahoo series on mental health, with the goal of helping patients take the path to recovery.