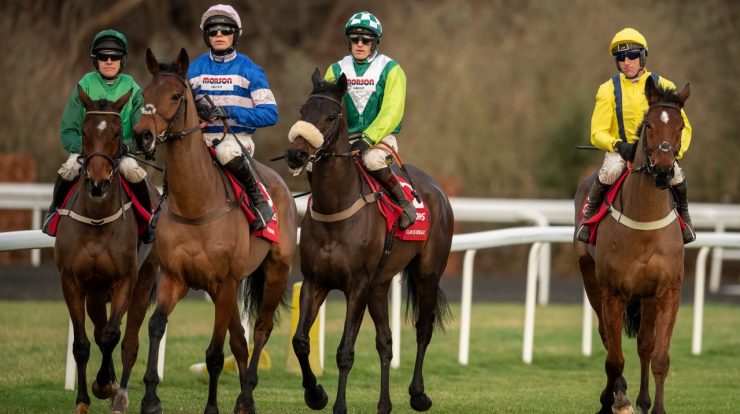 There aren’t many more exciting flat races in the United Kingdom than the King George VI and Queen Elizabeth Stakes. It is the featured race of the July meeting at Ascot, and typically attracts some of the brightest stars in training. Horses will race over one mile and three furlongs in this huge Group 1, with a Breeders’ Cup spot also on the line for connections, as well as the £400,000 purse. But, which horses should be the leading contenders for the race at Ascot this year?

Aidan O’Brien-trained Love returned to the track at Royal Ascot with questions hanging over whether she will be able to perform at the level that we saw in the 2020 season. Those questions were routinely answered with a stunning performance in the Prince of Wales’s Stakes. That Group 1 victory already means that Love has a spot in the Breeders’ Cup Turf later in the season. The four-year-old stayed on well at Ascot on her season reappearance, as she won by three-quarters of a length from Audarya.

O’Brien could have big plans for the four-year-old for the remainder of the season, with an attempt at the Arc looking most likely. Her form since defeat in October 2019 has been very exciting. Last season, she won the 1,000 Guineas, Epsom Oaks, and the Yorkshire Oaks. She is the biggest star in the King George this year, and it looks to be her race to lose.

We haven’t seen Adayar since his exciting win in the Epsom Derby at the start of June. The Charlie Appleby-trained horse was a shock winner of that race, as he held off competition from revered horses such as Bolshoi Ballet and Hurricane Lane to win by four and a half lengths. The Derby is largely considered to be the most gruelling test for three-year-olds in racing, but he looked every bit like a star in the renewal at Epsom earlier in the season.

The pace that he showed in the final stages of the Derby would certainly make him one to watch for the remainder of the season, but replicating that performance at Ascot could be more tougher. The three-year-old hasn’t yet run at the famous course, but looks to have all the momentum behind him this season. Before winning the Derby, he finished second in both the Novibet Derby Trial Stakes and the Bet365 Classic Trial at Lingfield and Sandown, respectively.

Mishriff Could Be Value Selection

Mishriff has been gallivanting around the globe for much of the past year, but finally made his long-awaited return to racing in the United Kingdom with a run in the coveted Coral-Eclipse. However, he was unable to get a first win in England in a year as he was well beaten by St Mark’s Basilica. Mishriff finished almost four lengths behind the eventual winner back in third, with Addeybb in second. However, his performances abroad this year show that he is still a likely contender for the King George. His season started with an impressive win in the Saudi Cup, before he was excellent in the Dubai Sheema Classic. His turn of foot was the difference in that race, as he finished a neck clear of Japanese raider Chrono Genesis to get the biggest win of his career.

John Gosden has an excellent record in this race, as he has won three of the last four renewals. However, all three victories came with superstar Enable. It looks hard to make a case that Mishriff is as talented, but he certainly offers the best value in the King George.

For these and other horse racing results, please head on to TwinSpires.com: https://www.twinspires.com/results