Home Tech Video: NASA launches a spacecraft on the first mission to disburse an asteroid | Science 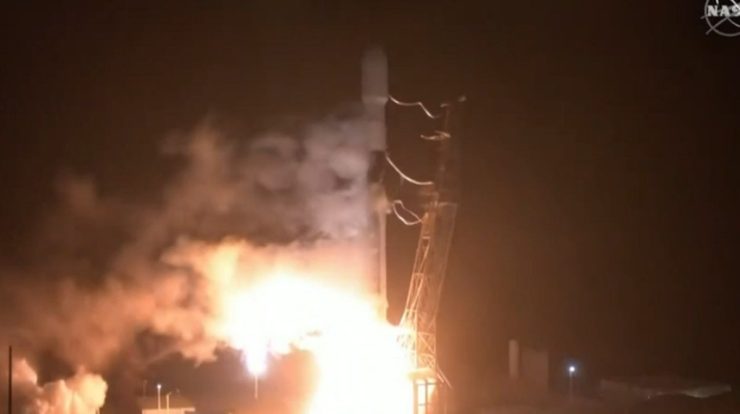 NASA on Wednesday launched a spacecraft to test the world’s first planetary defense system. The goal is to investigate technology that could one day deflect a dangerous asteroid from colliding with Earth.

A SpaceX billionaire Elon Musk’s Falcon 9 rocket carries the Dart spacecraft and took off at about 3:20 a.m. from Vandenberg Space Force Base in California. The takeoff was shown live on NASA TV and on the SpaceX Twitter account. watching video:

The spacecraft will collide with a space object called Dimorphos to see how much it can change its speed and trajectory. If a piece of cosmic debris hundreds of meters wide collided with the planet, it could unleash devastation across the entire continent.

“Dart will change the period of Demorphos’ orbit quite a bit,” said Kelly Fast of NASA’s Planetary Defense Coordination Division. “And that’s really all we need in the event an asteroid is detected early.”

The Dart mission will cost $325 million and target a pair of astigmatisms that orbit each other – otherwise known as a binary. The largest of the two bodies, called Didymos, has a diameter of about 780 meters, and the smaller – Dimorphos – about 160 meters.

After leaving Earth’s gravity, it will follow its orbit around the Sun. The duo is expected to intercept in September 2022.

The mission is expected to collide with Dimorphos at a speed of about 6.6 km/s. This should change the object’s velocity by a fraction of a millimeter per second – and change its orbit around Didymus. While this is a small change, it may be enough to distract the object from its collision path with Earth.

Even if the mission is unsuccessful, there is no danger of hitting the ground. On the other hand, if implemented successfully, it could trigger the first man-made meteor showers artificially.

The team behind Dart chose the Didymos system because its relative proximity to Earth and the composition of the twin asteroids make it ideal for observing the outcomes of the collision.