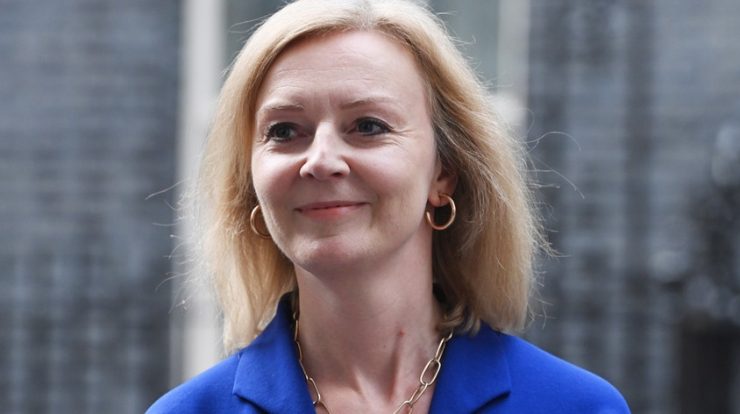 The minister has been heavily criticized for the way he has allowed the pandemic to affect schools and universities. The opposition Labor Party’s “shadow minister” Kate Green notes that Williamson left a legacy of “two years of chaos with (high school) exams and abandoned, unsupported and frustrated officials.”

Dominic Raab, who continued during the Taliban advance in Kabul and the subsequent hasty withdrawal of the British army from Afghanistan, on vacation on the island of Crete, will leave one of the most important positions in the government, the post of Minister of Foreign Affairs.

However, Raab was appointed deputy prime minister, a role he already filled when Boris Johnson was arrested with Covid-19. Raab will accumulate with the Justice Department and thus replace Robert Buckland, who is leaving the British Executive.

The current international trade secretary, Liz Truss, who has been prominent in negotiating post-Brexit deals, is the new foreign secretary, which political analysts view as an upgrade. Liz Truss will be bundling the jobs as she runs the Ministry of Women and Equality. However, the new minister who will negotiate aspects of Brexit will be Anne-Marie Trevelyan.

Housing Minister Robert Gerrick also announced on Twitter that he would resign after meeting the Prime Minister in the morning. He is being replaced by Michael Gove, Secretary of State for Cabinet Affairs, who will bring the portfolio together with the task of leading the government’s agenda in combating inequality between regions.

This was a political priority and a promise of the 2019 campaign, but the pandemic has so far hampered its implementation. A Downing Street spokesperson said: “We know the public also wants us to deliver on their priorities, which is why the Prime Minister wants to ensure he has the right team for that.” A source in Boris Johnson’s office said the new ministers should “contribute to the unification and improvement of the whole country”.

Michael Gove will be responsible for ensuring good relations with Scotland, Northern Ireland and Wales.

Home Secretary Priti Patel, who has been accused and convicted of intimidating public officials and criticized for failing to control the crossing of illegal immigrants in the English Channel, has remained in office since 2019.

Finance Minister Rishi Sunak, whose popularity has soared during the pandemic due to measures to support the economy and workers, remains in charge of the budget and fiscal policy. Both are popular in the Conservative Party and Sunak is seen as a possible successor to Boris Johnson.

The Ministry of Health also continues under the supervision of Sajid Javid.

Most of Boris Johnson’s chief executive ministers remain in office. With the exception of Buckland, who was said to have left so that Johnson could retain Raab, ministers who had relinquished executive power faced a loss of popularity due to gaffes or issues that led to a loss of credibility.

Renovation was expected in recent weeks. However, British newspapers reported that the Prime Minister, due to his personality, is opposed to the ministerial changes.

“One of the prime minister’s worst flaws is the need for recognition, and Boris Johnson has that plus. He was shocked when confronted by someone who thinks he’s nothing more than a fun, likable group. He hates remodeling. That means Ian Dale of the Daily The Telegraph as saying that “he has to make enemies”.