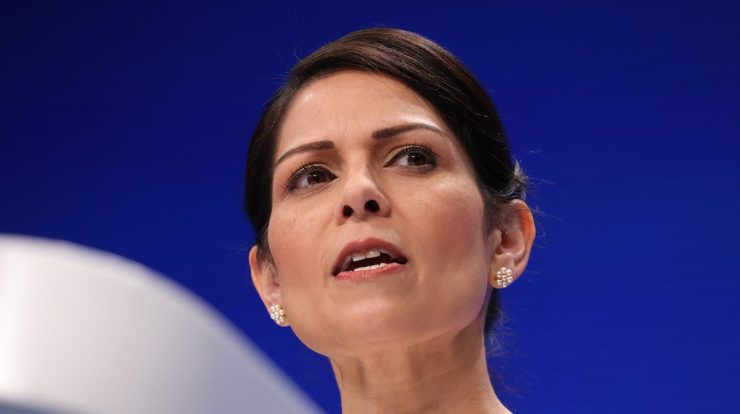 British Home Secretary Priti Patel has served on the first group of refugees crossing the English Channel with the official announcement that they are being considered for transfer to Rwanda to seek asylum.

The Interior Office said the plan would give priority to any immigrants arriving in the UK after Monday.

“The first group of illegal immigrants who are not entitled to stay in the UK has been informed of our desire to relocate them to Rwanda under the new Alliance on Migration and Economic Development,” the Home Secretary said. Daily mail.

Last month, the Home Office announced plans to repatriate some refugees from the UK to Rwanda. The project will cost $ 148.6 million, which Britain will pay for shelter, operation and support for Rwanda.

To review compliance with national law and the Geneva Convention on Refugees, the Union of Public and Commercial Services asked the Interior Ministry for further details on the project.

Read: Who is fueling the fire of hatred against Muslims in Britain and the West?

Human rights activists have asked the Interior Ministry to explain how it could share data on refugees sent to Rwanda with the local government.

According to Human Rights Watch’s 2022 report, the Rwandan government is putting pressure on its own refugee communities and threatening and harassing government critics, with some forced to disappear or be killed.

The rights group said torture and mistreatment were common in detention centers.

At a recent Conservative Party dinner, activists rose from their chairs to protest Rwanda’s policy, one of whom told Patel: “Your racist policies are killing people. His plan to send asylum seekers to Rwanda is inhumane and will ruin people’s lives. ”

The Commons kicked them all out last night

The UK Home Secretary has been widely criticized for his policies on asylum seekers, which in January were criticized by a lawmaker for calling immigrants and asylum seekers “illegal”, in stark contrast to the court ruling.