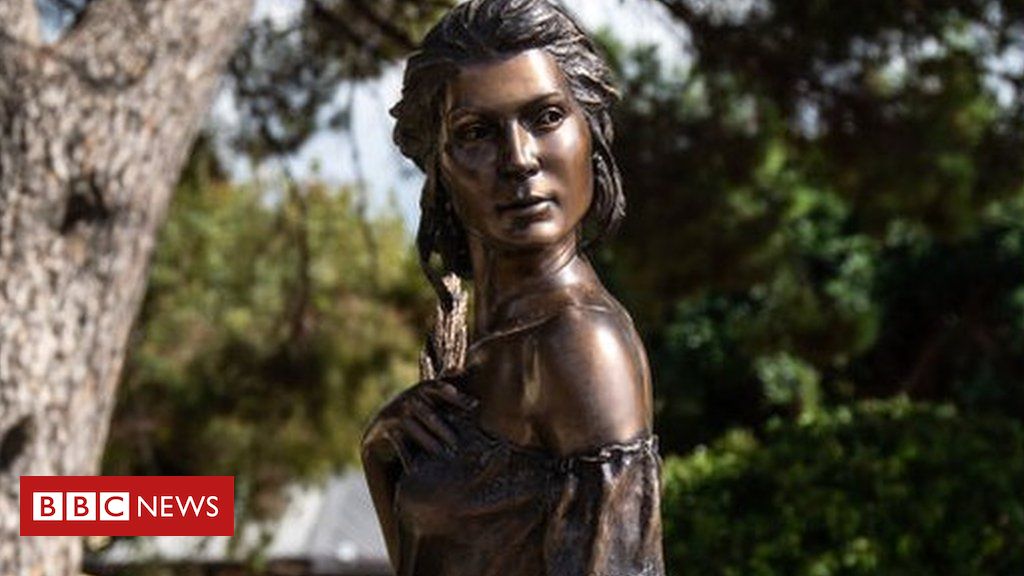 The bronze statue of a half-naked woman named after a 19th-century poem has sparked a controversy over masculinity in Italy — and women politicians are calling for it to be removed.

Sculpture in the southern city of Sabre in honor of the poem Sabri Mosque (The Breather of Sapri, in free translation), written by Luigi Mercantini in 1857.

The statue depicts a woman in a transparent dress with one arm over her breasts.

Congresswoman Laura Boldrini said the statue was “an insult to women and to the history that it should celebrate.”

“How can institutions accept the representation of women as a sexual object? Male chauvinism is one of the evils of Italy,” Boldrini, a member of the House of Representatives for the center-left Democratic Party, said on Twitter.

The poem is written from the point of view of a collector – a person who collects grain left by reapers in the fields.

Gleaner quit her job to join the failed Italian revolutionary Carlo Pesacán’s expedition against the Kingdom of Naples, which resulted in 300 deaths.

The statue was unveiled Sunday at a party attended by local and national politicians, including former Prime Minister Giuseppe Conte.

A group of female politicians from the Palermo Democratic Party called for the statue to be demolished, and said in a statement: “Once again, we have to suffer the humiliation of seeing ourselves represented in a sexual body, without soul and without any connection to ‘social and political issues in history’.”

See also  Covid: WHO warns of a new variant that could escape from vaccines

Monica Serena, a senator from the party, called the statue “a slap in the face to history and women who are still mere sexual bodies.”

“This statue says nothing about the right to self-determination of the woman who chose not to go to work to stand up to the oppressor Bourbon,” she said on Twitter.

Sabre’s mayor, Antonio Gentile, defended the statue on Facebook, saying it was “made with impeccable skill and interpretation” by artist Emanuel Stefano, and that his city “was not willing to question its values, principles and traditions”.

Stefano also said on Facebook that he was “shocked and appalled” by the criticism. He defended the statue, saying it “always tends to cover the human body as little as possible” in his works “regardless of gender”.

He said that in this case he “taken advantage of the sea breeze” to “strengthen the body,” and stated that the statue was intended to “represent an example of a woman, to arouse her pride, and to awaken a conscience.” He said the project was approved by the authorities.