Home Economy The Minister of Economy refuses to impose taxes on extraordinary profits “for the time being”. ‘We can’t always be hostile to big corporations’ – Observer 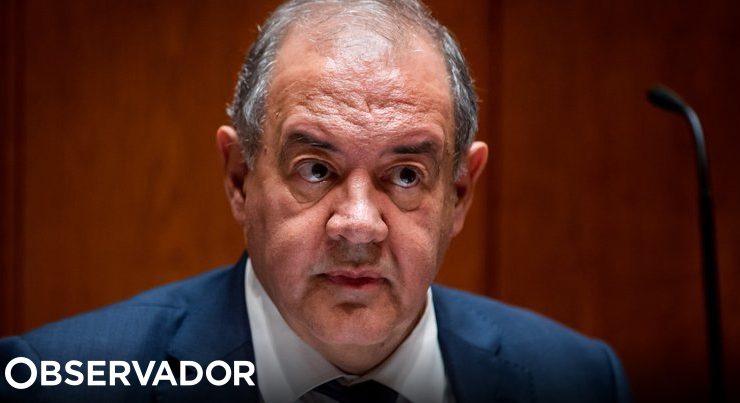 You have free access to all observer articles for being our subscriber.

The Minister of Economy again, at once, ruled out the creation of a measure aimed at taxing the extraordinary profits of large corporations. The Minister himself had put forward this hypothesis in the discussion of the government’s programme, but Costa Silva came, a few days later, to reject the measure that is currently being discussed by the government.

The issue was raised again on Thursday in Parliament, within the scope of the debate on the state budget, by the deputy of the left-wing bloc, Mariana Murtagua. The MP noted that this measure has been defended by institutions such as the Organization for Economic Cooperation and Development and the International Monetary Fund, and by the governments of countries such as Italy, Greece and the United Kingdom. The government says it is considering intervention if necessary. Is there no desire to tax companies with windfall profits? “Giving the example of Galp, which would have “historically high refining margins” and “all you earn is dividends, nothing is reinvested,” asked Mariana Murtagua, the profits of Jerónimo Martins and Sonae.

The minister stressed that the government is “monitoring” the situation and “watching everything that happens.” “These governments you mentioned have been in office for a long time, and we have been in office for a month,” he said. The minister also noted that “80% of Jeronimo Martins’ profits are obtained abroad”, and as far as Gallpe is concerned, refining “has small margins and has traditionally encountered difficulties in this field”.

In this sense, the Minister affirmed:So far there are no measures of this kind to consider. Here we will consider the options that we draw, including this,” the minister stressed, accused by the deputy of “the absence of commitment and answers.”

Looking at the issues of Mariana Mortagua, the official also stressed that it was necessary to pay “great attention to the work of companies”, defending “that if we restore the companies, we create a difficult situation for the country.”

Costa Silva conveyed the same idea to the deputy of the liberal initiative, Carlos Guimarães Pinto, who questioned the minister in the opposite direction. “Can you clarify if Galp’s profits resulted from fuel distribution margins or something else?” , said the deputy.

“I don’t think we should get into the habit of always antagonizing big companies, especially Galps and EDPs. We need an economy with big companies. I am not a fan of dos Pequininos syndrome in Portugal. This is not what will make us take a leap, we need to expand, and the big companies are doing the development around them. He noted that we should be very careful with large companies.

Carlos Guimarães Pinto returned to the charge, asking the Minister whether he “sees no problem with the unjustified increase in the margin of gas stations and does not confirm the comments made regarding arbitrary margins as a result of the decline in the ISP?”, which the Minister asserted was “not disclosed.” for offenses at this level.

In this sense, “Since no reports of abuse have been reported, how do you justify the government’s decision to introduce mechanisms to reduce margins? Will they solve a problem that does not exist? Or are they simply casting doubts with the aim of demonizing the private sector?” asked Elle:

Costa Silva stated that “there is no demonization of private initiative” and insisted that “so far there are no wrongdoing”, but that “we are going through an exceptional situation” that justifies the government “to continue the search”.

The Minister and Deputy IL also discussed the impact of the loan to TAP, ie the return that the company will receive for the growth of the Portuguese economy, as Carlos Guimarães Pinto requested an analysis from the government on the cost/benefit of injections into the company.

Costa Silva replied that the subject of the TAP program “is part of the ministry’s emptying line” mentioned by other MPs, to indicate that “we no longer have TAP”, stressing, however, that it “always prefers cost/benefit analytics”.

Carlos Guimarães Pinto noted that if the minister is in charge of tourism, “one would expect to know the impact of the TAP program on the economy”. The MP stated that “this analysis does not exist, and it is bad state practice, for not providing a cost/benefit analysis of the investments you are making”, so that it can be assessed whether the investments make sense.

The minister insisted, “I didn’t say there was no study, I said I haven’t had it this month yet” because “it’s not something that’s going live.”