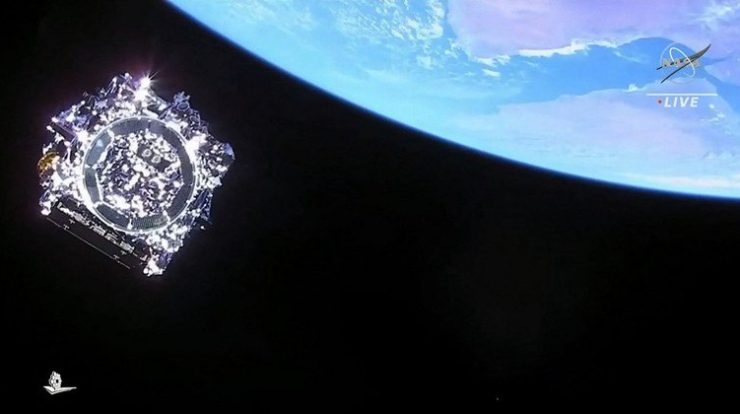 The powerful James Webb Space Telescope successfully completed the final stage of its deployment on Saturday (8), revealing its last major mirror and preparing to begin studying every stage of the universe’s history.

NASA announced that its first wings were released yesterday, and the second on Saturday morning.

Engineering teams at the Space Telescope Institute in Baltimore, Maryland, celebrated the moment NASA tweeted that the final wing was ready. “The final wing is now deployed,” the agency tweeted, adding that the team worked “to secure the wing in place, a process that takes several hours.”

The main mirror of this iconic telescope is about 6.5 meters in diameter, so it was too large to accommodate a rocket, as it was when it was launched two weeks ago. Because of this, its sides were curved.

NASA said the deployment was a complex and difficult task, noting it was the most challenging project it had ever attempted.

Webb, the most powerful space telescope ever built and behind Hubble, took off from French Guiana on an Ariane 5 rocket on December 25 and headed to its orbit point, 1.5 million kilometers from Earth.

Although Webb will reach his space destination, known as Lagrange Point II, within weeks, he still has five and a half months of preparation to complete.

Infrared technology allows him to see the first stars and galaxies that formed 13.5 billion years ago, giving astronomers a new perspective on the early universe.

“Before the celebration, we still have work to do,” NASA expressed in its live updates. “Once the final lock is secured, the entire NASA Web will be deployed into space,” he said.

Earlier this week, the telescope deployed its five-layer heat shield, a 21-meter device that acts as a sun canopy, ensuring that Webb’s instruments stay in the shade so they can detect faint infrared signals from the ends of the universe.

NASA’s blog about the telescope reported Saturday that the procedure was “the last major deployment of the observatory. According to the space agency’s vice president of telescope design, John Dorning, the deployments were “100% successful.”

“This was probably the most dangerous part of the mission,” Bill Ochs, NASA’s Web project manager, told a news conference. “It doesn’t mean that all of our risks are gone.”

According to the NASA blog, “its success will allow the development of missions over the next five and a half months, consisting of determining a stable operating temperature, aligning mirrors and calibrating scientific instruments.”