Home Tech The James Webb Space Telescope was seen traveling through space; look at the picture 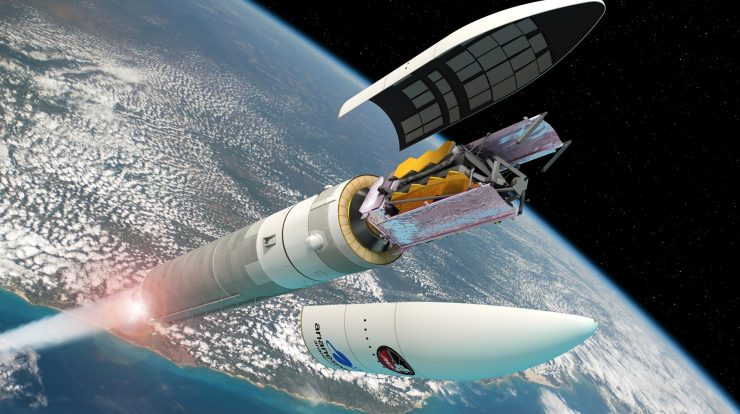 NASA’s James Webb Space Telescope (JWST) is seen navigating through space into the depths of the universe to observe distant stars and galaxies. Italian astrophysicist Gianluca Massi managed to capture images of the observatory through the robotic telescope “Elena” from the Virtual Telescope Project.

Launched into space a few days ago, in a great maneuver It even included Brazil, JWST is ready to begin the next stages of its mission. After activating your broadbandtelescope Capable of capturing infrared light It will unfold like origami’s Place the mirrors correctly.

The GIF below shows a single, unfiltered 120-second exposure of JWST as it flies through space at an altitude of 550,000 km — nearly 1.5 times the average distance from the Moon. The observatory is marked with an arrow.

Recording by PlaneWave 17″ + Paramount ME + SEBIG STL-6303E robotic telescope combines several images to create the animation above. Elena followed the motion of James Webb, so the observatory appears as a fixed white dot in the center of the image, while the stars appear to be moving.

JWST’s target is a stable orbit around Lagrange Point L2. This is one of the five points of the gravitational equilibrium between the Earth and the Sun, located 1.5 million kilometers from us. Such a distance makes it impossible to make repairs to the telescope. So if anything fundamentally wrong, we’re saying goodbye to NASA’s $9.7 billion mission.

NASA announced this week that Webb has more fuel than expected, as a result of the precision with which it was put into orbit by an Ariane 5 rocket. Much more than the ten years originally estimated.