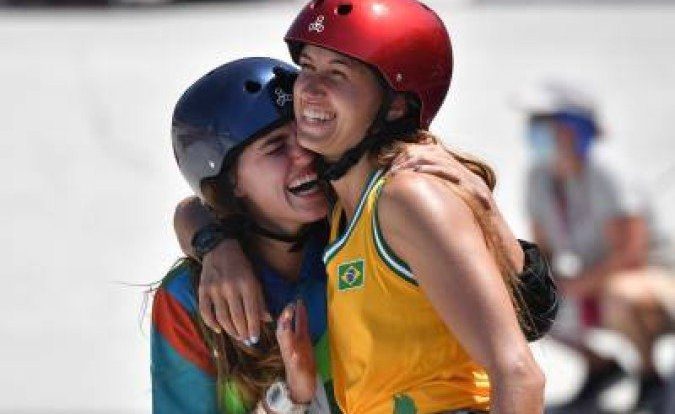 Rayssa Leal was the highlight of Brazilian women’s skiing at the Tokyo Olympics with her silver medal. But two other Brazilian athletes who competed in Japan on Friday were honored by the International Olympic Committee (IOC). Dora Varela Windyara Asp received the Fair Play Award for “Exceptional Display of Sportsmanship at the Olympic Games”.

The two players from the Brazilian figure skating team are joined by Sakura Yosuzumi and Kona Hiraki of Japan, Sky Brown of the UK, Bobby Olsen of Australia and Bryce Westen of the US, as cited and awarded by the International Olympic Committee.

The reason for the award was an act of sympathy and solidarity with 15-year-old Japanese girl Misogo Okamoto, who lost the Olympic medal after falling at the last attempt. The skater was raised on her shoulders by her teammates, in one of the most memorable scenes of the Olympics.

When choosing the award for skaters who appreciated the street sport’s decision, the IOC said it was an “exceptional display of sportsmanship during the Olympic Games”.

The Committee was very pleased and pleased with the sportsmanship that prevailed among the athletes in the first appearance of skateboarding at the Olympic Games. The atmosphere of solidarity and friendship between the competitors drew the attention of the entity that chose to honor the seven athletes.