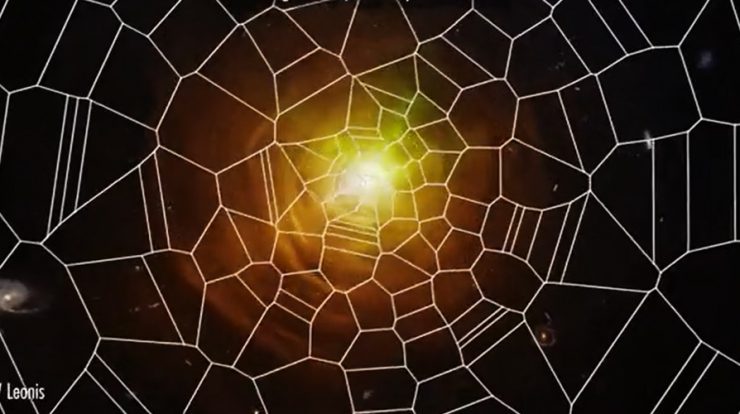 Next Sunday (31st) Halloween is celebrated, a date known as Halloween, typical of the Anglo-Saxon countries, especially the USA, Canada, Ireland and the United Kingdom. And who else is in the mood for this great party NASA, which has released an impressive set of photos taken by the Hubble Telescope, to make up a chilling picture!

What looks like the bottom of a witch’s cauldron, or perhaps a massive space spider web, is the red giant star CW Leonis, shrouded in its dusty clouds of soot carbon.

For those who don’t know, the red giant is a star that has reached the end of the main sequence stage. The giant red stage is the first stage of the end of a star’s life. In other words, there’s nothing more conducive to celebrating Halloween than a dying woman, right?

In the official Hubble Twitter profile, its managers did not let history pass unnoticed, and released a video of this and other “scary” images of the mysteries of the universe revealed by the telescope:

Hubble has seen a series of terrifying cosmic bodies, but nothing compares to a recent image of a “spider web” in space. Watch if you dare,” says the post.

Clouds of carbon dust were created from the outer layers of CW Leonis that were dumped into the black void. The warming from nuclear fusion inside the star is what gives it this carbon-rich atmosphere.

Exploding carbon back into space provides the raw material for future star and planet formation. All known life on Earth is built around a carbon atom. Complex biological molecules consist of carbon atoms bonded to other common elements in the universe.

The brightness of the red giant CW Leonis changed rapidly

CW Leonis is the closest carbon star to Earth, at a distance of 400 light-years from here. This gives astronomers a chance to understand the interaction between the star and the turbulent atmosphere around it.

The complex internal structure of the shells and bows was formed by their magnetic field. CW Leonis’ previous detailed Hubble observations, taken over the past two decades, also show filaments of ejected material stretching around the star.

These bright light bands that we can observe radiate from CW Leonis are one of the star’s most interesting features. They changed their brightness over a period of 15 years – an incredibly short period of time in astronomical terms.

Some astronomers speculate that the gaps in the dust surrounding CW Leonis could allow rays of starlight to penetrate and illuminate the dust, like headlights in an overcast sky. However, the exact reason for the dramatic changes in its brightness remains to be explained.

The star shines when the external pressure of the blast furnace in the core is balanced by the gravitational pressure. When the star runs out of hydrogen fuel, the constant pull of gravity causes the star to begin to collapse. As the core shrinks, the plasma layer surrounding it becomes hot enough to begin hydrogen fusion, giving the star a second breath of life, and generating enough heat to expand the star’s outer layers dramatically, transforming into a puffy red giant.

CW Leonis has a reddish-orange color due to its relatively low surface temperature of 1260°C. However, the green-colored light rays emitted by the star shine at invisible mid-infrared wavelengths. In the absence of natural color, green was added to the infrared image for better analysis by color contrast.

According to Phys’ website, the image was formed by intermittent images, taken on three dates: 2001, 2011 and 2016. Currently, Hubble’s activity has been suspended indefinitely, until the problems discovered are resolved. in their scientific apparatus.