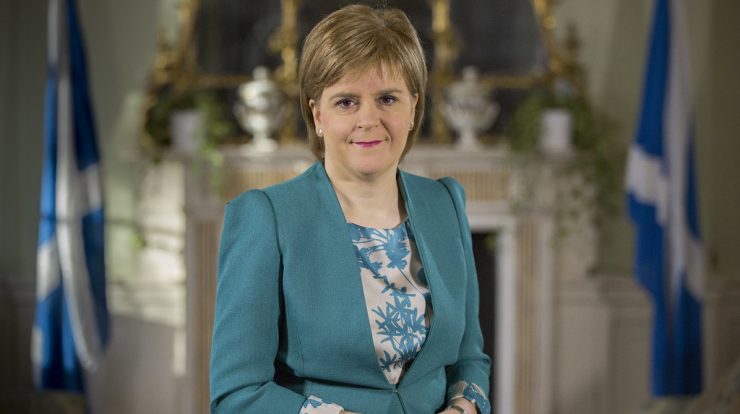 The Associated Press reports on Monday that Scottish Prime Minister Nicola Sturgeon has promised to renew his pressure on Britain’s independence from the United Kingdom next year, with the aim of holding a referendum on secession in 2023. The Scottish political leader has promised that the epidemic-free independence campaign will “definitely resume” in the spring of 2022, if “Kovit-19 is approved”.

“Next year, I will begin the process necessary to allow a referendum by the end of 2023,” Sturgeon told a Scottish National Party (SNP) press conference. “And most importantly, our party will once again present itself in support of independence,” he assured.

Scottish voters voted 55% to 45% in the 2014 poll to be part of the UK, which was estimated to be the only choice in a generation. But the SNP, which heads the Edinburgh-based Scottish government, argues that Britain’s exit from the EU last year has radically changed the political and economic landscape.

In the 2016 poll, 52% of UK voters supported leaving the EU, but 62% of Scotland voted to remain, and Sturgeon argues that he was expelled from the 27-nation bloc against Scotland’s wishes. Sturgeon faces a major hurdle for a new referendum: British Prime Minister Boris Johnson and his government must agree to a forced referendum. Johnson is adamant that he will not agree, meaning that any pressure for a new referendum will end in the courts.

But Nicola Sturgeon acknowledges that pro-independence activists must come up with a new economic case to break with the UK – in 2014, the SNP hailed Scotland’s oil resources in the North Sea as a bulwark for future prosperity, but now the Scottish government is accepting that fossil. Fuels need to be phased out to combat climate change, which could cause a huge hole in Scotland’s funds, which are already plagued by the disease.