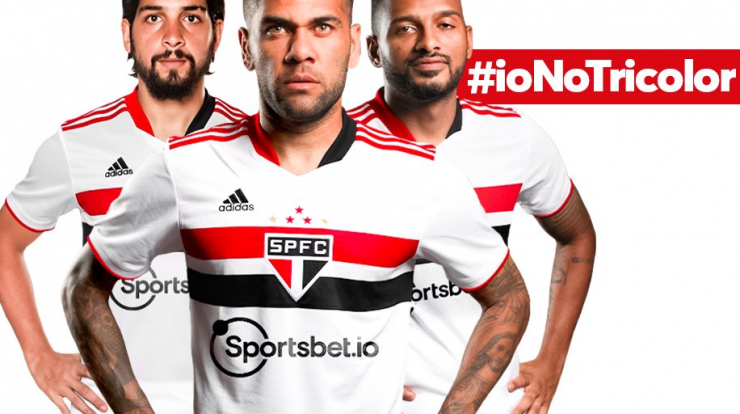 “This investment represents a 400% increase in our primary care,” the president said.

And Casares revealed that the club is in final negotiations to negotiate the space for the sleeves of the uniform, doubling the value of the uniform. “I have been consulted by two companies. Sleeves are available.”

Eduardo Toni, Marketing Director of São Paulo, answered questions from journalists and highlighted the importance of the partnership for the re-internationalization of the club’s brand. “Rebranding is part of our strategy. There are possibilities for partnerships with other clubs that sponsor it.”

The bookmaker also prints the Southampton shirt and has a partnership with Arsenal Football Club.

The company operates under British betting law and also has a partnership with Flamengo in Brazil. The values ​​are not disclosed due to the confidentiality agreement.

For reasons of confidentiality we cannot disclose. But it’s a higher value than what was in there. We are talking about a very broad partnership. It’s an eight-figure contract. With the involvement of fans, the values ​​will exceed this number. It’s a net amount, no penalty. We are talking about sponsorship that includes all styles of the club. Men, women, basketball and esports”

Eduardo Toni also talked about the negotiations until the conclusion of the deal. It took three months of conversation. During this time, São Paulo has specific agreements with LG and also with Amazon.

“There was an approach at the start of management, which is the brand stamp on the winning jersey, but the overall focus is on Sportsbet.io, which is our new partner. Our contract with the old sponsor will expire in December last year, but due to the calendar we had to renew until the end of February. After That said, we realized that the Sao Paulo brand deserved recognition. Those four months were a well-calculated risk. Of course the field performance helps. It was a three month job. There was always a lot of respect between the two parties. It was a very strained relationship and they were very persistent. They didn’t accept Less than Mr. and that made us feel good that we were closing in with the healthiest company.”

About the specific partnership with Amazon for the 16-game Libertadores Tour, nothing has changed. They understood right away and we overcame this problem in a very good way. And in upcoming games we will have a branding display in another property of the jersey.”

Sao Paulo should also benefit from the image of existing players linked to the sponsorship. Despite it being the main name of the cast, there is nothing that places special emphasis on the name Daniel Alves. “It is one of the great icons of São Paulo, but it is not the only one. Of course, the use of athletes is a real possibility.”

The amount of sponsorship will be reallocated to various sectors of the club and not just to football and there is a promise that the supporting partner will also receive benefits.

“My role here is to bring new resources to Sao Paulo and to cooperate for the club to have better financial health. We have a lot of expenses. The resources are managed by the President and the CFO. We have had negotiations with companies from different sectors. But Sportsbet.io is a global company. Partner A fan who joins now will have benefits, which will be very attractive soon.”

The debut in the jersey actually took place on Saturday in the match against Bahia for Brazil’s Rio de Janeiro. The ball rolls at 7 p.m. in Morumbi.