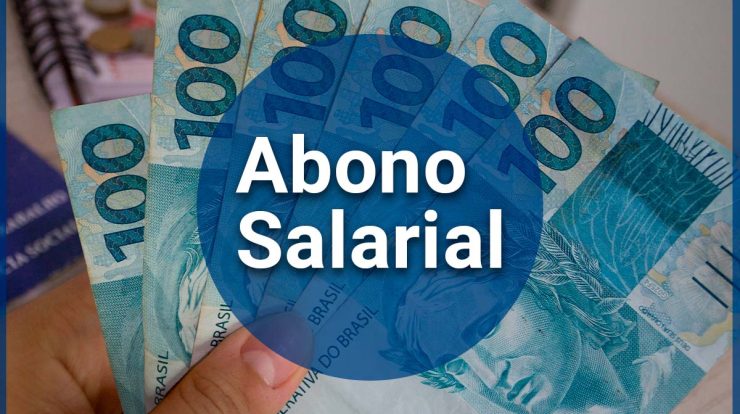 Paying the PIS/Pasep bonus will start in January 2022, to the delight of the many workers who ended up not having access to the benefit last year due to the program being postponed to this year.

Confirmation of the start of salary bonus payment this month came through the Advisory Board of the Workers’ Support Fund (Codefat), which is responsible for managing the program’s funds and standards and setting the schedule for the payment of benefits.

According to Codefat Resolution 896, which delayed the payment of benefits last year and set new rules for the program:

“Art. Third, the salary bonus will be paid in accordance with the annual payment schedule established by CODEFAT in January of each fiscal year.”

When trying to contact the Department of Labor, the information we had was that the reimbursement schedule had not yet been made available, but would be decided in the next few days, at the next board meeting, which is scheduled for January 15.

How will the payment work this year

According to Codefat 896 resolution, this year’s payments will take place between January and December, so that all beneficiaries entitled to benefits can receive benefits in 2022.

Previously, PIS/Pasep payment started in July of one year and ended in June of the following year, so the rule was changed, because if the old payment rule was kept, many workers who were entitled to benefits this year would only get in 2023.

Workers are expected to receive the benefit in the month of their birthday, given that payments start in January and run through December, however, it will be necessary to wait for the Codefat definition.

Many workers are entitled to salary bonuses for base year 2020 and base year 2021, so it is expected that these workers will be able to access both bonuses at once this year.

However, it will be necessary to wait for Codefat confirmation if we have the PIS/Pasep allowances payment this year, or if we only have the 2020 base payment deferred to this year.

It is important to remember that workers who were already eligible for the allowance in 2020 and 2021 may receive double, i.e. those who do not have the right to both, will under no circumstances be able to receive the accumulated PIS/PASSEP.

The amount a worker can get from PIS/Pasep in 2022 is R$1,212 (minimum wage), however, only those who worked for 12 months of the base year are entitled to full salary.

To determine the exact amount to be received, simply divide the current minimum wage (1212) by 12 (twelve months of the year) and multiply by the number of working months, check:

While workers await the release of the PIS/Pasep salary bonus, Caixa Econômica Federal has issued R$23 billion to be withdrawn from the PIS/Pasep fund.