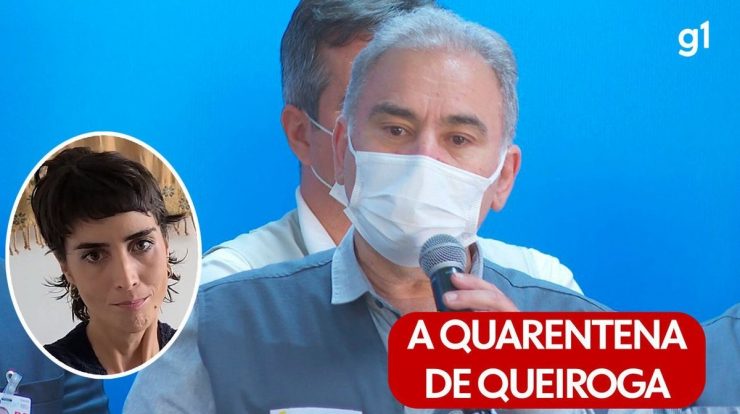 The Minister of Health, Marcelo Quiroga, has tested negative for Covid-19 this Sunday (3) and must return to Brazil by Monday (4).

Queiroga posted on a social network: “My new RT-PCR test was negative for Covid-19. I will be back in BR soon! Thank you to everyone who sent positive feedback. Let’s go!”

The Minister had informed on Friday (1) that he had obtained a new positive result for Covid in the exam that was conducted Thursday 30th.

Quiroga remained in isolation in the United States, where he traveled with President Jair Bolsonaro. The president went to New York to participate in the United Nations General Assembly.

Quiroga was diagnosed with Covid on the 21st, after participating in a series of public engagements with representatives from Brazil and other countries at the UN event – including UK Prime Minister Boris Johnson, and Poland’s President, Andrzej Duda.

Quiroga with Covid: What happens to those who have been in contact with the minister in New York?

Before the Minister of Health, a Brazilian diplomat who was part of the delegation received a positive result for Covid.

The President of Brazil, Jair Bolsonaro, eats pizza on a street in New York, in front of the United Nations General Assembly, along with the President of Caixa, Pedro Guimarães; Luis Eduardo Ramos, Prime Minister of the General Secretariat of the Presidency of the Republic. Gilson Machado Neto, Minister of Tourism. Marcelo Quiroga, Minister of Health. and others – photo: clone / instagram

After Quiroga was diagnosed, and back in Brazil, Representative Eduardo Bolsonaro (PSL-SP) and Caixa President Pedro Guimarães also tested positive for the virus.

The minister has already been vaccinated with two doses of the coronavirus vaccine. Until his return to Brazil, the portfolio’s executive secretary, Rodrigo Cruz, was in charge of the Ministry of Health as Deputy Minister.