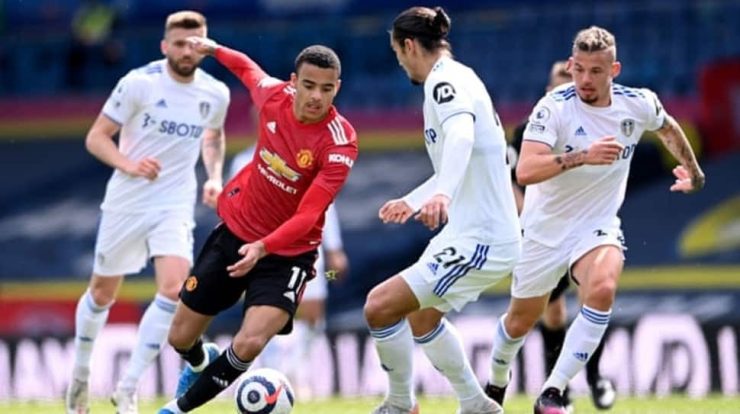 After witnessing Manchester United’s underwhelming performance against 19th placed Newcastle, it is evident there are many issues yet to be addressed. Interim manager Ralf Rangnick was handed over a team in tatters with no sense of direction, and it is as if nothing has changed or improved. Although the Red Devils have an abundance of talent and star players, there seems to be a lack of cohesion between them and clear signs of frustration.

There were many high hopes for Cristiano Ronaldo, who was seen as the saviour for Manchester United upon his arrival but seeing him storm off the pitch after the game with a mere 1-1 draw, we are not so sure. And the Portuguese player is receiving a great share of criticism for it. This is Ronaldo’s third time storming off the field this season and failing to acknowledge his fans and supporters who admiringly travel from afar — just to watch him play.

“It’s annoyed me for about two months,” the former United captain fumed on Sky Sports.

“The best players in your team, it’s devastating when they’re showing that look and body language to the younger ones. They have to help them.

“They have to be the father, the grandparent in the team. I made massive mistakes at Man Utd, but I had great senior players who would have a go at me, but also put their arm around me. I think there’s something wrong.

“You can’t run off at the end of a game. Bruno is whinging all the time; he’s been sensational for Man Utd. The two centre-backs were poor at the back, Maguire is having a nightmare season.

“You’ve got to be there when your teammates need you in those moments,” he added.

“At the end of the day, I love that lad [Ronaldo]; he’s the best I’ve ever seen in my life at times, but don’t run off like that. I’m not having that.”

Other than the distasteful body language, Cristiano Ronaldo is also struggling to showcase the true athletic ability that has made him into a world-class player. It could be that Rangnick is not playing to his strengths since Ronaldo was merely a passenger during their match against Newcastle, who are moving towards relegation.

See also  UK. Authorities believe they have found the body of a 13-year-old boy who fell into the river Thames

Luckily for the Red Devils, Edinson Cavani, one of the star players in Sportingbet’s Europe’s Deadliest Strikers list, managed to save face and not embarrass him and his teammates completely by cancelling out Allan Saint-Maximin’s first half-strike.

However, Cavani was the only admirable player that night. Along with Ronaldo, several other underperforming players negatively impacted the match, resulting in the draw.

Harry Maguire was one of them, with his lack of pace exploited and inconsistency becoming a key trait of his. Marcus Rashford, although confident of his talents, looked confused and disoriented as the ball went awry on numerous occasions.

Bruno Fernandes is also yet to impress this season, and it could be argued that he is one of the worst players on the pitch. Failing miserably in possessing the ball throughout the game, Fernandes also ended the match on a sour note with negative body language.