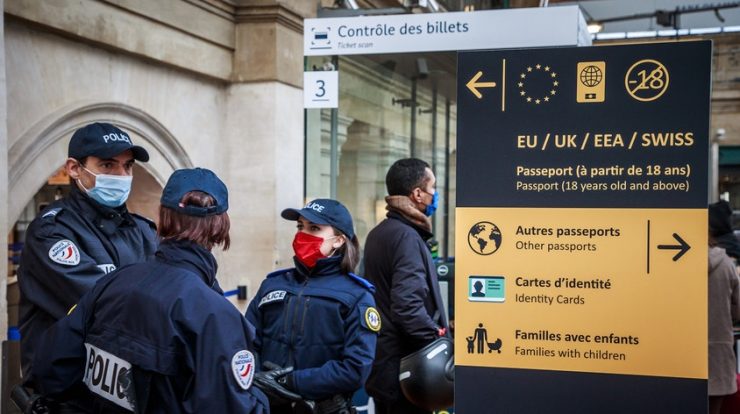 According to the Independent Monitoring Commission for Citizens’ Rights Agreements (IMA), 30% of 3,000 respondents to the survey said they were very insecure or did not believe their rights would be protected.

Of these, 44% fear they will be treated differently compared to the British, especially those with access to health, education, housing and social support, or a lack of recognized educational or professional qualifications.

Katherine Chamberlain, director of the IMA, a British independent agency affiliated with the Ministry of Justice created to oversee compliance with the EU (EU) withdrawal agreement, said most of the respondents had little or no confidence that their rights would be protected. .

But he agreed, “The fact that there is a significant minority with this distrust is a challenge to public institutions in the UK, which is not something they should underestimate, it is something they need to think about to identify and address very clearly.“.

The trial is set to begin on June 30, when the European Union (EU) will have a deadline to apply for EU citizenship. [EU Settlement Scheme].

“Confidence comes from the way public companies handle things that go wrong and the way people who fight struggle feel they have heard and to what extent those companies actually fix problemsHe added.
Lack of hope

Distrust is one of the central issues mentioned in the survey 10% of respondents said they were considering leaving the UK after June 30, Although Portuguese, Norway and Lithuanians are very determined to stay.

Chamberlain was pleased that 90% of respondents had already applied for post-Brexit residency status so that Europeans could retain their right to live, work or study in British territory.

But 50 days before the deadline, he said he had been in touch with the British Home Office about problems with the application process, such as delays, uncertainty about the procedures for editing applications, or a single digital submission of complaints and doubts about the certificate.

Asked about reports that European nationals were being held in UK immigration centers on suspicion of immigrating without the required work visas, Chamberlain said the IMA had not received any complaints and was awaiting information from the government.

“Direct explanations of any kind of problems we experience (from Europeans) can be used to raise these issues with the Ministry of the Interior,” he said.