Home science One in eight patients had long-term Covid symptoms 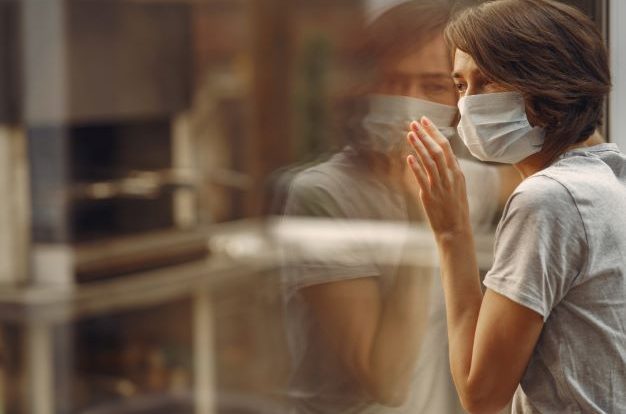 For analysis, the study relied on an approach comparing patients with long-term COVID-19 and the non-infected population (Credit: prostooleh/freepik)


One in eight adults with Covid-19 develops long-term symptoms. This information came in a study published in the scientific journal “The Lancet” Thursday (4).

For analysis, the study relied on an approach comparing patients with “long Covid,” the disease in which symptoms take time to resolve, with the uninfected population. This is one of the first studies to use this type of comparison. For experts, the inclusion of the uninfected public allows for a more firm prediction of the long-term spread of Covid-19 symptoms, as well as better identification of the main relevant symptoms.

The symptoms analyzed were the most common characteristics in long-term Covid patients, such as respiratory problems, muscle pain, chest pain, fatigue and loss of smell or taste that were pre-existing at diagnosis or even in undiagnosed people. .

“This method allows us to take into account pre-existing symptoms and manifestations in uninfected people to provide an improved working definition of Covid in the long term and provide a reliable estimate of how long the disease is likely to persist in the general population,” explains Judith Rosmalen of the University of Groningen in the Netherlands. , lead author of the study, in a note.

To conduct the survey, more than 76,400 adults in the Netherlands completed an online questionnaire about 23 typical symptoms of prolonged Covid-19 between March 2020 and August 2021, with each participant completing the questionnaire 24 times.

With more than 4,200 people infected with Covid-19, representing 5.5% of respondents to the questionnaire, more than 21% had at least one more severe symptom three or more weeks after infection. However, 8.7% of people who did not have the disease indicated the same situation. Therefore, researchers believe that 12.7% of infected patients, roughly one in eight, have long-term symptoms.

Aranka Ballering, also from the University of Groningen in the Netherlands, says that “by looking at symptoms in an uninfected control group and in individuals before and after SARS-CoV-2 infection, we were able to explain symptoms that may be a consequence of the health aspects of the non-communicable diseases, such as Stress caused by limitations and doubts.”

Despite the intriguing data, the authors acknowledged that there were still limitations with the study, such as the fact that it only analyzed patients with the alpha variant or previous strains, excluding cases of the delta or micron variant. Moreover, the study is based on the population of a particular region of the Netherlands, without many ethnic differences.

However, researchers at the Institute of Lung Health at the University of Leicester in the UK, who were not involved in the study, point to the research as a major advance.

The survey includes an uninfected interview group and takes into account symptoms prior to infection. The pattern of symptoms observed by Ballring and colleagues was similar to previous reports with fatigue and shortness of breath among the most common symptoms, but interestingly that other symptoms, such as chest pain, were more characteristic of those Long-term COVID-19 patients versus uninfected controls Christopher Breitling and Rachel Evans.