Home sport Neymar or Cristiano Ronaldo? Messi prioritizes Argentines and only orders a shirt once | international 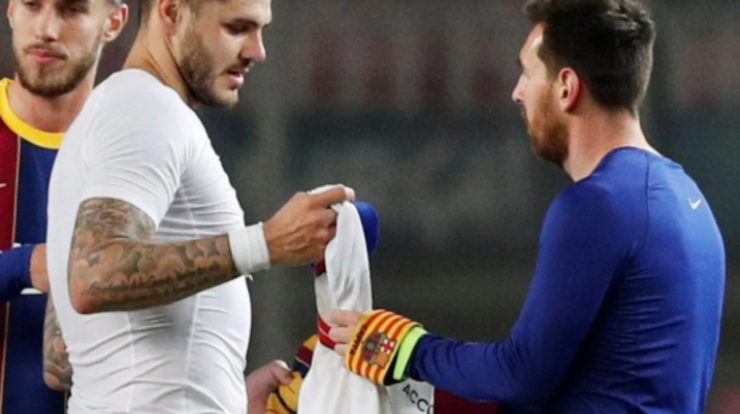 It is common to see the exchange of shirts between opponents at the end of games. However, to have the shirt of stars like Cristiano Ronaldo, Neymar and Messi is the dream of most of the athletes.

After the controversy surrounding Cristiano Ronaldo in United’s last match, British newspaper Express spoke of Messi’s strict rules regarding the exchange after the final whistle after he allegedly ignored Reims player Mitchell van Bergen on his debut with Paris Saint-Germain.

Messi’s offer may have been rejected simply because he wanted to keep his first shirt at Paris Saint-Germain, but he raised many questions about which players the 34-year-old Argentine would ask to wear his shirt.

Messi revealed, in an interview with the Argentine channel TyC Sports, that he is not used to asking for opponents’ shirts and only did so once. “I don’t order shirts for anyone, I usually just change, but I asked Zidane once.” The request was made early in his career, after one of the classics between Barcelona and Real Madrid.

About his priorities, the player was clear. “If there was an Argentine, I would exchange with him, but unless someone asked me about a substitution, I wouldn’t ask anyone,” he noted.

Cristiano Ronaldo, in turn, has different “rules”. Last weekend, after Manchester United’s 1-1 draw with Everton, Andros Townsend went home with the famous 7 shirt, after he initially rejected Ronaldo. The exchange came as a surprise, considering that in the match the former Crystal Palace winger scored and then imitated Ronaldo’s iconic celebration at Old Trafford.

Although many considered it a provocation, Townsend said he did it out of “respect”.