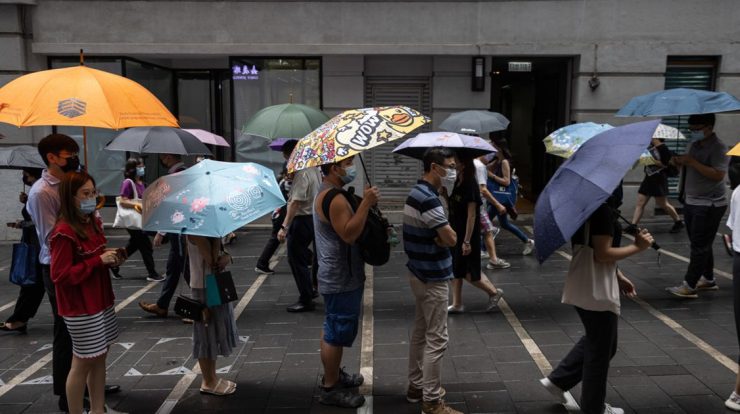 From an average of ten cases per year, Jeff Yen Li Wei, partner at Macau law firm Nuno Simões e Associados, has increased to 20 applications in the second half of 2021 alone, mostly from mainland China.

And John Hu, founder and principal advisor of John Hu Migration Consulting, a Hong Kong specialist immigration firm, has had local clients trying to start the process “just before Christmas”.

The aim was to anticipate the entry into force of a decree-law prohibiting obtaining a “golden visa” through the purchase of residential real estate in urban areas in Lisbon, Porto and in most coastal areas.

The move was originally scheduled for July 2021, Jason Gillott said, and many Chinese and British residents in Hong Kong used the additional six months to “accelerate” the deal.

For the co-founder of Golden Visa Portugal Limited, a Hong Kong firm that specializes in obtaining “golden visas,” the most popular option was to purchase homes to rehabilitate in Lisbon, Cascais or Ericera.

Until the end of 2021, the Investment Residence Permit Program made it possible to obtain residency in Portugal by investing in real estate with a value of at least 500 thousand euros, a value reduced to 350 thousand euros in the case of urban rehabilitation.

After the December rush, Jeff Yen currently has no new clients, but said he believes “everyone who was interested will continue to be interested.”

However, the lawyer, who has lived in Portugal for more than two decades, said it would be difficult to persuade Chinese investors to buy property outside of large urban centres.

Buying property was the option in “80% of cases”, but John Ho felt that transferring at least €1m of capital could become a more popular option for Hong Kong investors.

With seven lawsuits backlogged, Jason Gilot looks more upbeat, noting the growing interest from residents in the UK, US and Turkey.

According to official figures released on Monday, Turkey’s annual inflation rate exceeded 36% in December, a record high since 2002, as the Turkish lira fell nearly 45% against the dollar in one year.

Jason Gilot noted that “many clients already have a good idea of ​​where they want to invest,” referring to the case of an American who wanted to buy a home in Evora to rent to college students.

The Briton said there are still opportunities in real estate, specifically on the coast of the Setubal region. “I was very surprised that the whole region, from Comporta to Santiago de Cacem, was on the ‘golden visa’ list,” he said.