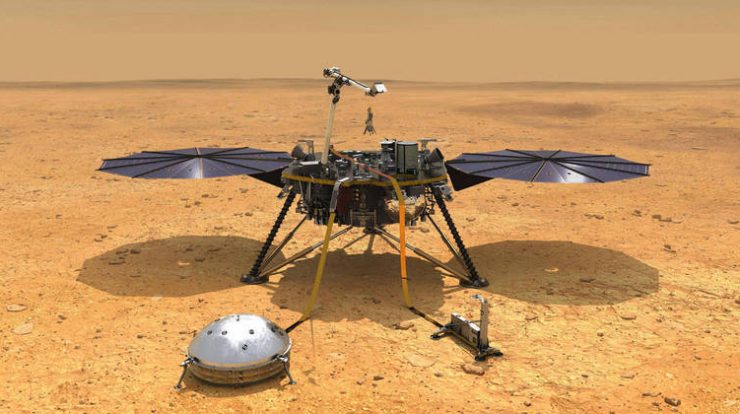 For the first time in history, data on the internal structure of Mars, as well as the features of the planet’s core, mantle and crust, have been revealed. This achievement is due to the work of the InSight probe, which was launched by NASA in May 2018.

The instrument placed a seismometer (a device that detects Earth’s movements) on the surface of the Red Planet to measure seismic activity — or “Martemotos,” as Martian earthquakes were called.

The waves produced by tremors vary in speed and size as they pass through different materials within a planet. Seismograph data allowed more than thirty earthquakes on Mars to focus on the planet’s interior.

The diameter of the Martian core, the geological layer at the center of the planet, is 3,660 kilometers in diameter, a larger scale than previously thought. This indicates that the core, composed mostly of iron and nickel, is less dense than previously known, with lighter elements such as sulfur, oxygen, carbon and hydrogen accounting for an unexpectedly large proportion of the composition.

“The real significance of these discoveries is that for the first time, we already have measurements of the dimensions – the volumes – of the core masses of Mars,” said planetary geophysicist Bruce Banerdt of NASA’s Jet Propulsion Laboratory and principal investigator for the mission. . From InSight.