Home sport Miss Universe: Julia Gama highlights the honor of being the actress of Brazil 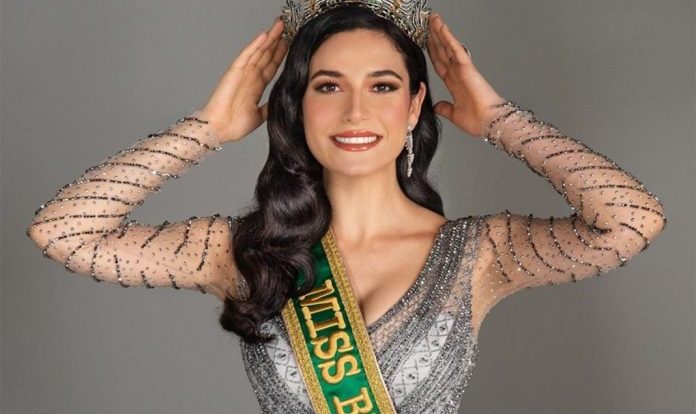 Brazil won second place in the 69th edition of the Miss Universe contest held in Miami, USA. Gaucho Julia Gama, Miss Brazil, came second. “What an intense and unforgettable night, a mixture of feelings that I will never be able to translate! I want you to feel my love on stage! Representing Brazil was one of the greatest tributes of my life,” declared the Brazilian. The winner of the competition was Mexican Andrea Meza.

The second place has not been won by the Brazilian since 2007, when Natalia Guimarães of Minas Gerais took the place. Brazil won the competition only in 1963 with Ida Maria Vargas, and in 1968 with Martha Vasconcelos.

On the winner Andrea Meza, Julia asked for respect: “I know that not everyone is satisfied with the result, and not everything has gone as we had planned, but this result really means a lot to me. I just want to wish Andrea good luck, have a wonderful tenure. Even if Some were disappointed in some way, I want to ask for a lot of respect. I hope she does her best with this title to help people and give voice to the issues. “

Julia Gamma says she was a chemical engineering student and worked as an actress in China, where she moved in 2016 and lived for three years. In his youth, he even participated in children’s figure skating championships. Later on, he practiced sports such as volleyball, judo and boxing. In 2010, a friend encouraged her to enter beauty pageants and she entered A Mais Bela Gaúcha – which was to end up participating two years later, in 2012.

In 2014, she was elected Miss Mundo Brasil after surpassing 39 other candidates. With victory, he was part of a campaign against leprosy. In the same year, he represented the country at Miss World in London, United Kingdom, and reached the top ten, but without being able to claim the title.

Julia Gama was announced as the winner of the Miss Brazil title on August 20, 2020, and was awarded the crown of her predecessor, Julia Horta.