Home Economy Mini is already on its way to Brazil; See in real time 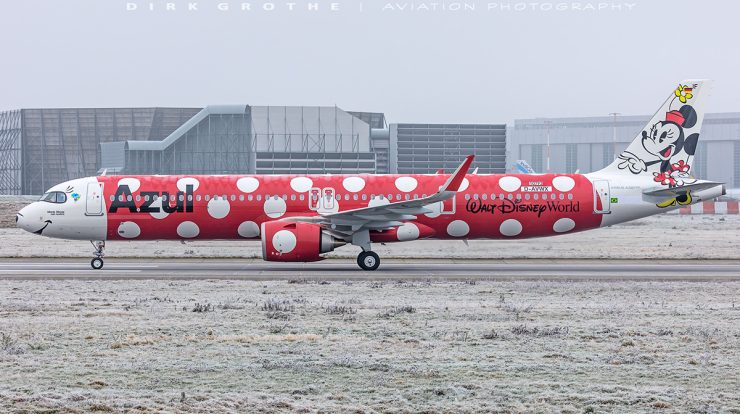 The second Walt Disney World themed plane is already on its way to Brazil, where it will be part of the Azul Linhas Aéreas fleet.

The Airbus A321neo, registered PR-YJF, being the sixth unit of this model in the company, is the largest single-aisle aircraft of the European manufacturer. Seating 214 passengers, the plane features a special painted exterior, with a classic polka dot dress from Minnie, the world’s most famous mouse and Mickey Mouse companion.

It will accompany the Mickey A320neo, which has been flying through Brazil since the end of last year. In addition to these two planes, two other planes will be painted in Disney colors, with the model and design to be announced in the coming months.

The A321neo was, at the time of this writing, flying over the Atlantic after taking off from the Airbus plant in Hamburg, Germany. From there, it heads to Ilha do Sal, in Cape Verde, where it technically stops to refuel before flying to its final destination, Belo Horizonte International Airport in Confins. tracking.

See also  With the help of Pix and Card machines, Malafaia expands a religious empire in the epidemic