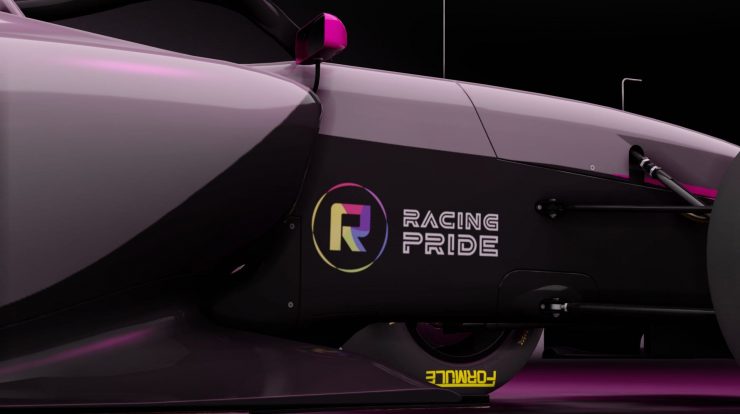 Aston Martin has demonstrated its involvement in inclusion in Formula 1. So much so that it has signed a partnership with Racing Pride, a British initiative aimed at increasing the visibility of the LGBTQ+ community, during June, Pride Month. Richard Morris, one of the founders, explained in detail what campaign it seeks to promote in the sport.

The initiative was born in 2019 after Morris realized that the lack of inclusion campaigns was very rare in motorsport. In his quest to change the scenario, Racing Pride created not only a sense of representation, but also to show other members of the community that they are not alone.

But what is the initiative? Richard relied exclusively on F1MANIA That “Racing Pride consists of a network of ambassadors and partners. Our ambassadors include drivers – I’m one of them, I’ve been racing since I was a kart kid and now I’m a Prague pro in the Bret Kar Endurance Championship; We also have W Series drivers Sarah Moore and Abby Ito, as well as Charlie Martin, the first transgender person to compete in the Nürburgring 24 Hours last year.”

“We have an esports ambassador, Kami Storch, who competes on the official Fordzilla team. But we also have many other ambassadors in different roles such as Matt Bishop, media, Christina Emmanolides, Alfa Romeo engineer, as well as guards and volunteers. These ambassadors help achieve A positive vision for our sports community.”

“We have joined forces with a wide range of national motorsports partners in the UK to help our initiative reach people in sport. Of course, we now also have our partnership with Aston Martin, which will help us further LGBTQ+ integration globally.”

“A big aspect of what we do is providing educational resources to help form confident and clear partners. We have a free file available for download, and we also work with established and new partners in the form of individual, grassroots and international organizations, leagues and teams, and we offer workshops tips and resources. Thus, we help them become more inclusive with their members and communicate more comprehensively in a more inclusive way,” noted the pilot.

“We also want to broadly represent the community and its allies and give a space for fans, as well as people who compete in sports, to interact with Racing Pride. That’s why we’re active on social media and make the Sportlight series all about the LGBTQ+ experience for people in all sporting roles, not just in Reunion, but on an international level.” F1MANIA.