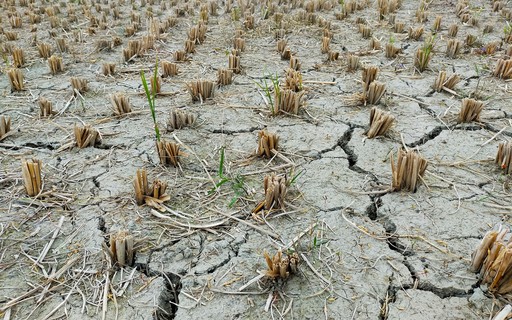 Government Italia It is heading to declare a state of emergency due to the drought affecting most of the country, especially the basins of the Po rivers in the north and the Tiber in the middle.

“I think the conditions are in place to declare a state of emergency,” said this Tuesday (21) Undersecretary of the Ministry of Health, Andrea Costa, in an interview with Sky TG24.

Italian regions, especially in the north, are already pressing the government to declare a state of emergency, which would speed up the release of resources to counteract the effects of drought, especially in the agricultural sector.

“The regions’ concerns are justified, and the government will take a decision with the regions,” Costa added.

Former Prime Minister Enrico Letta, the leader of Italy’s center-left, visited the Rio Po region and reinforced the call for a state of emergency “as soon as possible”. “I have been able to touch the issue of drought with my own hands,” said Lita, who is part of Prime Minister Mario Draghi’s support base.

In turn, the Minister for Environmental Transformation, Roberto Cingolani, said he was “extremely concerned” about the situation.

“The flow of water is critical to the hydropower sector, including the cooling of the plants,” he emphasized.

Italian energy company Enel has already had to shut down the turbines at a power plant in the province of Piacenza due to the drought in the Po River, which has reached its lowest level in 70 years.

Parts of northern Italy are facing more than 100 days without rain, a scenario that has worsened as temperatures soar in recent days. According to the Coldiretti farmers’ union, the drought has already caused more than 2 billion euros in damage to the sector, and 28% of Italian land is at risk of desertification.