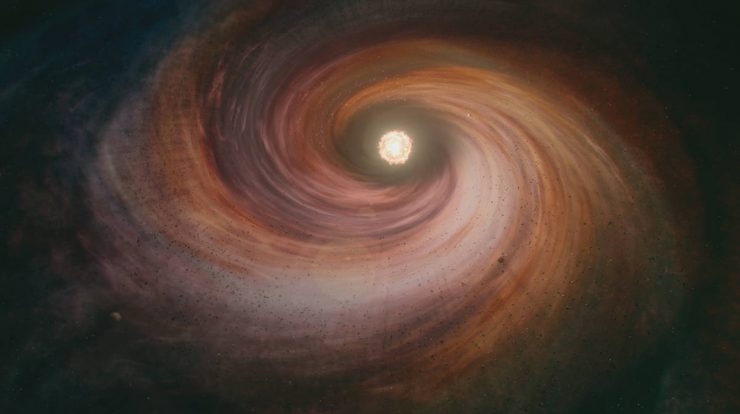 Italian Guido Tonelli was at the forefront of one of the most important discoveries in physics of this century: the discovery of Higgs Boson, the particle responsible for giving mass to the other components of matter that we know. In his book Genesis: A History of the Universe in Seven Days, he seeks to align this and other recent discoveries in an account of cosmic origins that may play a role similar to that of scientific myth.

Of course, this is not exactly a new aspiration among scientists who talk about modern physics to the general public. From the original version of the TV series “Cosmos”, presented by the American Carl Sagan (1934-1996), to the series’ new incarnation under the direction of astrophysicist Neil deGrasse Tyson, through to bestsellers such as Brazilian researcher Marcelo Glazer, the power of science to transform what we know about the universe into an epic of luxury has become somewhat of a familiar one.

Tonelli slips these cliches into phrases such as: “We will encounter a journey guided only by imagination, which will resort to concepts so daring that even the most fantasy science fiction novels seem trite by comparison.” (It’s hard to hear this kind of statement without concluding that the author is not very familiar with the science fiction genre.)

Fortunately for the reader, the physicist from the University of Pisa was able to offset the taste of “more of the same” found in such a program, while highlighting a side that is less present in other works of this type. Indeed, while most books and TV series alike emphasize the supposedly unforgiving beauty of the world order, the fact that abstract and eternal laws seem to govern all that exists, Tonelli argues, the correct way of seeing the world around us is like “cosmic chaos.”

This is an “arranged arrangement” (perhaps the best way to translate the original meaning of the Greek word “kôsmos”) stemming from an underlying reality teeming with possibilities and hard to understand. As in some pre-modern creation myths—particularly the myths of ancient Greece, which physicists often quote—chaos is a kind of primordial void. But the great paradox regarding this primal void is the fact that it does not amount to absolute “nothing.”

As Tonelli explains, countless observations and experiments have shown that even the most absolute void, supposedly devoid of any matter and energy, is “fertile.” At submicroscopic scales, the void houses a zoo of so-called virtual particles, which arise out of nowhere and perish in unimaginably short fractions of a second.

According to the prevailing view cosmology In modern times, small instability in this kind of vacuum would have caused the expansion we know as the Big Bang – which, according to this view, would be nothing more than a small region of chaos beginning to expand and take over the universe. Features.

The mechanisms that allowed this beginning are still unclear, but there is a huge amount of reliable information about what came next, and on this basis the Italian physicist built his “Seven Days” of Genesis, similar to a similar period. In the first book of the Bible.

However, it is a much less anthropocentric (and geocentric) figurative week than the biblical text: the first three days (or ten seconds after the great explosion) address the origin of atomic nuclei only; The first stars appear only on the fifth day; And our sun is the newcomer of the seventh day (4.5 billion years ago).

In such a great and ancient place, would humanity be just a footnote? Tonelli doesn’t provide a direct answer to this type of question, and the book’s final binding is somewhat surprising. However, for those not yet in touch with the scientific account of our origins, the work provides a reasonably clear map of the path we have taken thus far.