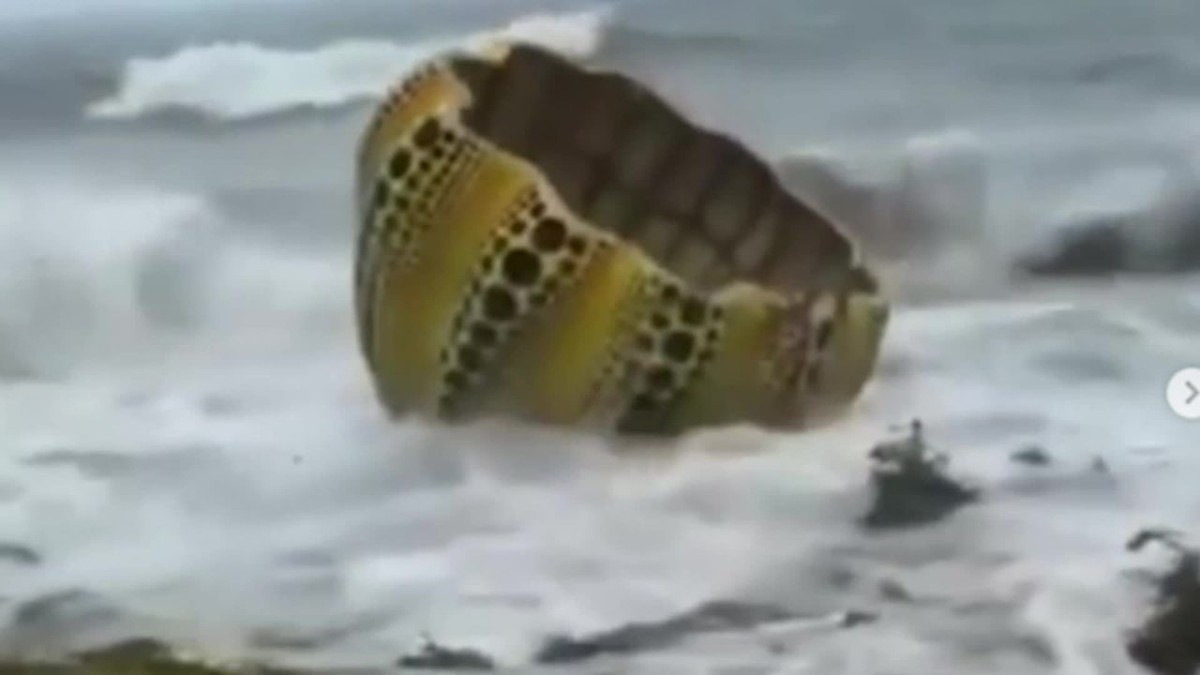 An iconic statue of artist Yayoi Kusama was carried by strong winds that battered the island of Naoshima as Typhoon Lopet passed on Monday (9).

According to The Washington Post, the piece called Yellow Pumpkin has already been removed for restoration. The statue is 2 meters high and 2.5 meters wide.

The video clip shows the artwork flying off the pier, crashing on the beach and getting hit by the waves multiple times.

The Yellow Pumpkin is one of the island’s most iconic artworks. Installed on site since 1994, the artwork has become a landmark in the area known as Japan’s Art Island for its museums and modern architecture, as well as sculptures scattered throughout the territory.