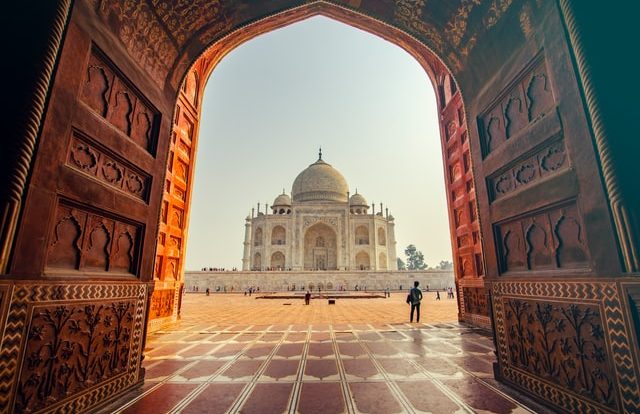 Here we take a quick run down of some of the most prestigious, expensive, and memorable gifts shared between loved ones, family and friends throughout the ages. From the middle ages, right up to our modern era. We ask the question: what do you give to someone who has everything?

Wonder of the World

On the banks of the river Yamuna in the north Indian city of Agra lies one of the great architectural marvels of the world, the resplendent Taj Mahal. What many don’t realize though, is this paradisiacal mosque and palace was constructed as a mausoleum for the Mughal emperor Shah Jahan’s late wife, Mumtaz Mahal. A love letter written in stone for the ages, the Taj Mahal began construction in 1632 and was completed 20 years later due to the tireless work of 20,000 skilled artisans and masons.

The structure spans over 42 acres and features a series of paradise gardens and reflecting pools enjoyed today by 8 million yearly visitors. Were the Taj Mahal to be constructed today, it would cost around $1 billion.

One well loved casino gamer and son of an unnamed billionaire was gifted something of unparalleled opulence and glamour for their birthday. While people are always finding new ways to spend money or display extravagance, this gift proves that gold and diamonds will never go out of fashion, even if that comes at the expense of taste or refinement. Whether it’s in person or online, Roulette is played on a 37 pocket wheel. What distinguishes this one though, is that it’s encrusted with over 5 million dollars worth of diamonds and adorned with that mainstay of splendor, gold, in the form of a 24 karat mosaic of 35,000 tiles.

Designed by Debbie Wingham in collaboration with artist David Arnott, the table’s various components were fixed together with a mixture of poly-filler and diamond dust. It also featured a life-size cake of the lucky birthday recipient, just in case the table alone failed to impress.

Sometimes whole nations are moved to express their feelings by sharing gifts. This is precisely what occurred in the latter years of the 19th century when the people of the republic of France constructed a literal landmark gift to the United States. The gift, known colloquially as the Statue of Liberty, is now a fixture of the New York skyline. It was given to the USA to commemorate their independence from Britain in the American Revolutionary War.

Designed by the engineer behind the Eiffel Tower, Gustave Eiffel, and sculptor Frederic Auguste Bartholdi, it was shipped across the Atlantic in pieces before being constructed on its island in New York harbor. The statue is a depiction of the Roman goddess Libertas and commemorates France and the US’ shared democratic values.

Anne Boleyn was the second ill-fated wife of Henry the 8th, who met an unfortunate end before long. But before Henry Tudor’s affections turned sour, they had a wonderful love affair that consisted of plenty saccharine courtly poetry exchanged and gifts given. One of the more dramatic and opulent examples of Boleyn’s affection for Henry comes by way of her commission for the construction of a special hand-washing fountain for the King.

The fountain, designed by famous artist Hans Holbein, was encrusted with dozens of pearls, rubies and other precious stones. It was constructed from numerous layers of gold and silver and included rose scented water to freshen the king and his guests. 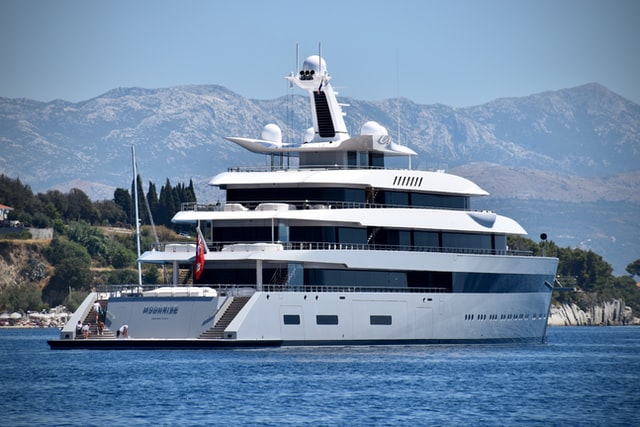 Anil Dhirubhai Ambani, the billionaire Indian stockbroker, purchased a most sensational gift for his wife Tina Ambani’s birthday in 2008. The gift was a 34 meter long Superyacht that featured six bedrooms, four floors, a jacuzzi and a private ballroom.

The yacht, named the Tian and dubbed the “Rolls Royce of the sea”, cost over $84 million and was designed by famous boat manufacturers The Ferretti Group. While this may not be on the same scale as the Taj Mahal, this birthday gift can at least be enjoyed by the recipient in life!