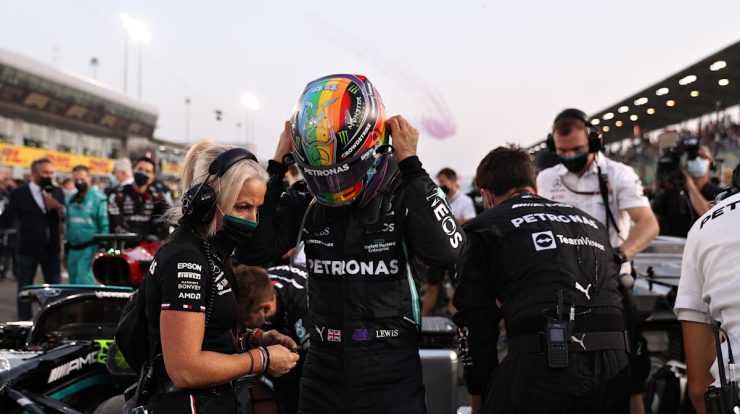 Active in social issues, English driver Lewis Hamilton has announced that he will repeat the helmet use with rainbow paint in the next two Formula 1 Grand Prix races. The act, which began at the Qatar Grand Prix, is a demo that, according to Hamilton, is in support of the LGBTQIA+ community, Who suffers from discrimination and prison sentences in ultra-conservative countries.

Connect to the portal Autosport.comHamilton said he would wear the helmet again and commented on the significance of the act: “I will wear the same helmet for both races. I’m not afraid of any negative comments or anything. In the past I’ve said ‘we are together’ and ‘love is love’, representing this community here, Where there are imperfect situations, that is important to me.”

However, Hamilton was not the only driver to show support for the LGBTQIA+ community, and German Aston Martin driver Sebastian Vettel raised the flag at the Hungarian Grand Prix in protest against the discriminatory policies of the Viktor Orban government.

The Briton added that “when these sports go to places like this, it is their duty to raise awareness of these issues. These countries need the media to talk about these matters, equal rights is a serious issue. I would like to know what is happening here and what they are doing for LGBTQIA + Collective”.

Hamilton’s helmet, traditionally worn by the pilot in protest, was already stamped with the anti-racist phrase “We are still victorious.” Lewis has also set up Mission 44, a UK-based charity to support, advocate and empower young people from underrepresented groups.