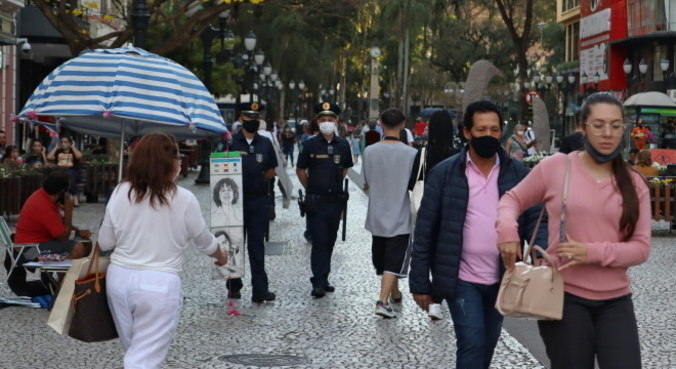 The InfoGripe for Fiocruz (Osvaldo Cruz Foundation), released last Thursday (2), indicated a stabilization in the number of new cases of SARS (Severe Acute Respiratory Syndrome), which is often associated with covid-19. The signs of growth that appeared in the past week have not been confirmed.

The report uses as a basis data entered into the SivepGripe (Pandemic Influenza Surveillance Information System) through August 30, which this week began disclosing numbers by age groups. The researchers hope to get more detailed weekly assessments from each city and state, as the InfoGripe bulletin will track the trend of SRAG in people who have not yet received the covid-19 vaccine. In addition to analyzing the potential impact of upgrading immunization coverage in the ranges that are still ongoing and those that have already reached stabilization in the level of coverage.

The numbers indicate that cases are stable among children (0 to 9 years old) and adolescents (10 to 19 years old), but at a very high level compared to the numbers throughout the epidemic. The situation is similar to the peak of the year 2020.

In the elderly category (over 60 years old), the numbers were stable and comparable to October 2020, when the lowest values ​​were recorded in the national data. However, for the population over 80 years old, it is possible to determine that the peak of last May, which was significant in all age groups under the age of 60 years, was an increase in SARS cases.

Marcelo Gomez, researcher and InfoGripe coordinator, explained that trends differ across vaccinated populations. “The level of stability is higher with decreasing age. On the other hand, the observed decrease in the number of SARS cases among the elderly population reflects the effect of the staggered vaccination campaign carried out in April and May. The younger population indicates that transmission remains high and is attributed to the higher Transmission rate in the general population.

The bulletin notes that only four of the 26 states and the Federal District show signs of growth in the long-term trend (past six weeks), with a focus on Bahia, Rio Grande do Norte, Rio de Janeiro and Espírito Santo.

Nine signs of decline are shown in the long-term trend (the past three weeks) and rondonia shows signs of growth only in the short-term trend.

The bulletin warns of SARS-related cases of other respiratory viruses, not just SARS-CoV-2. An increase in the number of confirmed cases of respiratory syncytial virus (RSV), present in all regions of the country, has been observed, with the South, Southeast and Midwest regions having the highest cumulative rate to date. Confirmed cases of rhinovirus were also noted. The increase in RSV incidence may be associated with relaxation of distance scales.