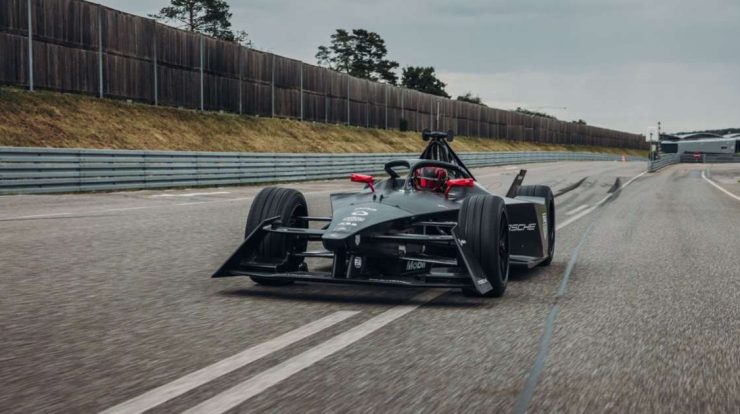 What happened to Giovinazzi in Formula E?

Formula E is preparing for a real revolution next season, with the implementation of Gen3 cars in the category. And the first tests of the new single-seater have already begun — at least, by supply teams. DS, Nissan and Porsche have already begun work on reliability in tests conducted in Europe on Monday (13).

The teams did not reveal the exact location of the tests, which have not yet registered on their social media. The mystery arises because Formula E divides the tests into two groups: teams based in the UK test on the island, while those coming from abroad do their sessions on the mainland.

Last week, the England-based teams already had their first tests: Jaguar took Sam Bird and Nick Cassidy – who will stay with Envision in 2023, but took advantage of customer teams’ right to four days of testing to take the Gen3 for the first time – while the Mahindra auditioning for Oliver Rowland and NIO for Oliver Turvy.

Thus, the so-called ‘Continental Test’ – in which European teams from outside the UK take part – featured the three teams on the track, all of whom were still without major drivers. DS even ran the software with a dedicated test team, independent of the race team – but with engineers working on both sides.

In terms of the French automaker’s car, test driver and sporting director, James Rossiter, will be responsible for driving the new single-seater – not least because the driver duo of the team that will form between DS and Penske for next year still wears other colours.

In turn, Nissan is still working on completing the team’s restructuring after its purchase of the e.dams part, with the aim of taking full control of the team as of next year. Thus, the person responsible for steering the team’s car in the tests is Britain’s Jann Mardenboough, the team’s simulator driver.

The reason we didn’t have a rookie driver in the test is precisely the fact that Nissan still doesn’t have a guaranteed duo for next year. The team already knows it will lose Sebastien Buemi – leaving for Envision – but has not yet secured the final stay of Maximilian Günther – who tends to stay – and is still analyzing options to close the two seats. That way, French reserve Stephane Sarrazin can grab the car during the Gen3 test.

Finally, a Porsche. The first team to post pictures of the single-seat Gen3 car in a test at the Weissach plant, the team used French factory driver Frédéric Makowieecki, the LMGTE class winner at the 24 Hours of Le Mans alongside Gianmaria Bruni and Richard Lietz.

Makowiecki’s feedback is greatly appreciated at Porsche, as the driver has tire testing experience and has already participated in the team’s rookie test in 2020 in Marrakesh. It is worth noting that vehicle testing will be vital for next year, when Formula E will change its official supplier and start receiving tires from Hankook – until the end of the season, the agreement with Michelin is still in place.

The team driver duo is already closed for next year, but one of the carriers is still unable to participate in the tests. That is Antonio Felix da Costa, who is still in the last few months of his contract with DS Techeetah and will take over for André Lotterer – the last to leave for Andretti – from next year. On the other side of the garage, Pascal Wehrlein remains for another season.

“[A Porsche vai] Check the hardware, systems and functions, if everything is working as expected”, explained Florian Maudlinger, Director of Formula E at Porsche. With Hankook, a new tire supplier has arrived, and the clear goal is to find out and understand the needs of these tires as quickly as possible and how to get the most out. Including. Front engine regeneration is the next topic. Braking will be a key performance factor.”

Access the Spanish and Portuguese versions – PT from grand prizeas well as Nossopalestra and Teleguiado partners.

See also  Miss Universe: Julia Gama highlights the honor of being the actress of Brazil