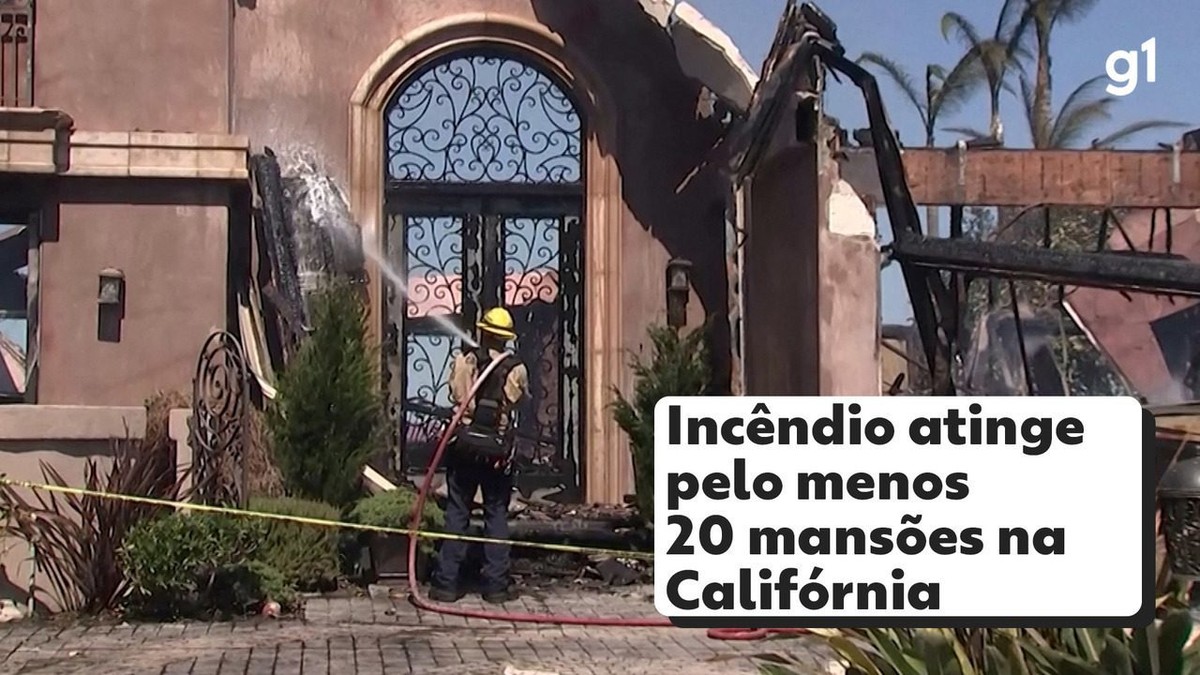 A fire has destroyed at least 20 mansions in an upscale area of ​​California, and more than 500 firefighters are battling the blazes in the area.

The coastal fire broke out Wednesday afternoon in an area about 80 km south of Los Angeles.

Pictures on social networking sites show the rapid progress of the fire, which devoured the palaces and plants on the hills, as well as thick plumes of smoke.

Powered by winds from the Pacific Ocean, the bonfires advanced over 80 hectares of vegetation. Almost 1,000 residents had to be evacuated. Homes in this residential area are valued at millions of dollars.

The size of the homes also contributed to the spread of the fire, Orange County employee Lisa Bartlett said.

“Because of the size of the homes, there are a lot of flammable materials that burn quickly, and then the winds start the flames that spread from one house to the next,” he told the Los Angeles Times.

Orange County Fire Chief Brian Venessy noted that the spread of the fire shows that because of the severe drought, the area is prone to fires year-round, not just in the so-called fire season. The same is true for much of the West we.

“It’s sad to say we’re used to it; the winds are normal, and what we’ve seen is a spread we’ve never seen before – fires are spreading quickly in this very dry vegetation,” he said.

The cause of the fire is still unknown, but the local electricity company Southern California Edison reported activity on circuits to regional authorities around the same time the fire was reported.

Although fires are common in the American West, fires are intensifying due to human-caused global warming and fossil energy consumption, exacerbating chronic drought.

The average summer temperature in California, on the country’s west coast, is 1.6 degrees Celsius higher than that recorded at the end of the 19th century.