The colonization of the country by the British in the 16th century is the reason why America became the native English speaker. For this reason, it was common for North American explorers to use the terms “English” and “British” interchangeably to refer to any topic related to the region.

However, “English” and “British” are not even close to being the same thing – England and Great Britain are not the same place. To understand this imbroglio, we need to have a good grasp of all the historical and geographical issues involved in the matter. Understand!

The history of England covers so many centuries of events that it is basically impossible to cover everything in a short text. However, if we summarize the situation, England is one of the three countries that make up the island of Great Britain, along with Wales and Scotland.

Since England is part of Great Britain, anything considered English is automatically British. However, the reverse process cannot be done. A simple example of this is the Loch Ness Monster, which is basically a Scottish legend. So, let’s say “Nessie” is Scottish or British, never English.

In Ireland, the situation is more complicated. If someone comes from the Republic of Ireland, they are only Irish. Northerners, on the other hand, qualify with British citizenship and may consider themselves both British and Irish. 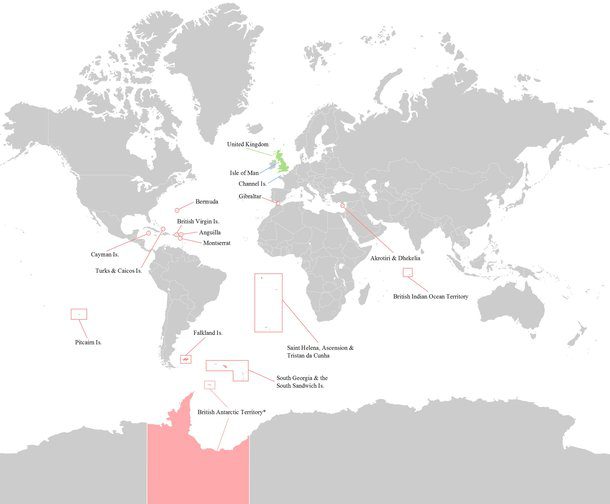 At the height of its military and commercial forces, the British Empire was able to expand into various parts of the world. At this point, England and the United Kingdom had extensive control over countries in North America, Africa, and Asia. However, at the beginning of the 20th century, colonialism ended and many of these countries became independent.

However, 14 other territories are considered British Overseas Territories. Most of these countries are self-governing but are under the direction of the UK in terms of defense and foreign policy.

Although British territories, people born in these places do not acquire British citizenship and are called by their respective nationalities. Also, the British Antarctic Territory, British Indian Ocean Territory and the South Georgia Islands are uninhabited and serve as areas of military domain and for scientific research.