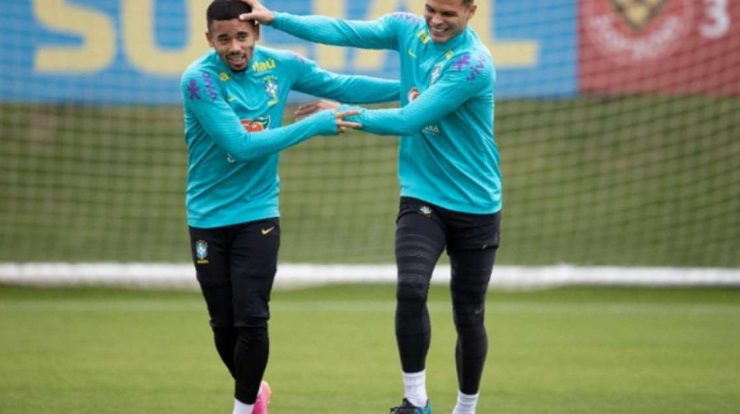 After not counting on athletes playing in England in recent FIFA history, the Brazilian side may have players vying for the Premier League in qualifying duels in October. The British government announced on Friday (1) that people traveling to countries on the COVID-19 Red List (in the case of Brazil) will not need to be quarantined upon their return. However, the procedure is valid only for those who have been fully vaccinated.

Despite the fact that isolation is not mandatory upon returning to the UK, players will have to stay in facilities close to their teams’ training centres, with permission to leave once a day for training or games, according to the newspaper. times.

“We have worked with the football authorities to find a solution that serves the interests of both clubs and the country and maintains the highest levels of safety and public health,” the British government said in a statement.

“Our best defense against the virus is vaccination, and these new measures will allow fully vaccinated players to meet their international obligations as safely as practicable, allowing them to train and play for their clubs as soon as possible upon their return.”

Eight athletes playing in England have been called up by Tite, and as long as they are fully vaccinated with the two doses (or one dose, depending on the manufacturer), they will be able to defend the team. are they: Alisson (Liverpool), Ederson (Manchester City), Emerson Royal (Tottenham), Thiago Silva (Chelsea), Fabinho (Liverpool), Fred (Manchester United), Ravenha (Leeds), Gabriel Jesus (Manchester City).

At the FIFA deadline, in September, England did not allow athletes to travel to the red-listed countries without being subject to quarantine upon their return, and the Premier League objected to clubs giving players their choices.

The captain of the qualifiers, the Brazilian national team faces Venezuela, away, day 7. After Venotinto, Brazil will visit Colombia, on the 10th, and their participation in this FIFA date against Uruguay, in Manaus, ends on the 14th. The match against Uruguay will be attended by the public at Arena da Amazonia .