Home Economy Emerging countries are the hot spot in the economy 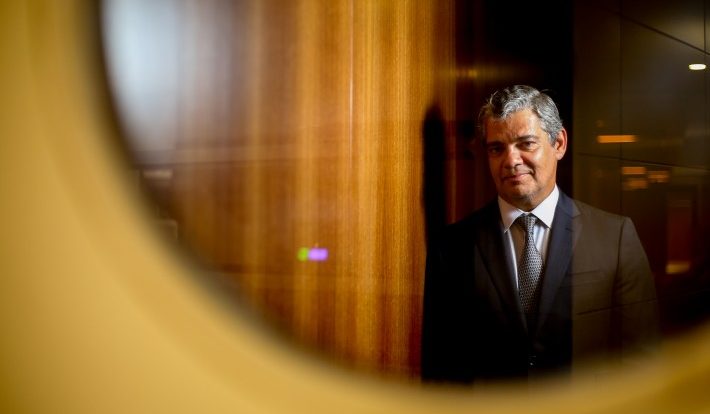 A little over a year ago, Marc Trogo He took the helm of the BRICS Bank (NDB), which was created in 2014. “When we got here, Brazil was only 10% of approved projects. Now it’s 20% ”, so celebrates the former Minister of Foreign Trade – he lives in Shanghai.

In a conversation last week, with the column, straight from China’s fastest growing city, the emerging economies specialist was quite optimistic about the country’s import and export prospects. Here is the interview:

The international scene looks very turbulent. However, do you see opportunities for Brazil?

no doubt. There are countless favorable points in a country with the characteristics of Brazil. Perhaps the most important phenomenon of our time that will have an impact over the next fifty years is the rebalancing of global economic axes. Henceforth, the G7 (USA, Japan, Germany, France, UK, Italy, and Canada) will have a relatively lower economic weight than what I like to call E7 (China, India, Russia, Brazil, Indonesia, Mexico and Turkey), a group of the seven largest emerging economies.

Was there a bypass for the juniors?

We are eyewitnesses to an interesting eclipse. More mature economies remain extremely important. However, when measuring GDP by purchasing power parity, the G7 should close in 2021 at $42 trillion. The GDP of E7 will be 53 trillion US dollars.

But isn’t it because of the China factor, which has a much higher GDP than other emerging countries?

Let’s get rid of China and the United States. The GDP of E6 is greater than that of G6. These new realities of the emerging world are here to stay. Demographics, scope, and speed of growth make a difference.

What does this mean for Brazil?

New and huge trade and investment flows. This is already evident in the trade balance. In 2021, the flow of trade in Brazil should be half a trillion dollars – the largest in history. In the past 12 months, Brazil has exported more to Asia (even excluding China and Japan) than it exports to the European Union. In 2021, Brazil will have the largest trade surplus ever.

Is much of this result due to emerging markets?

certainly. The comparisons are impressive. Today, Brazil exports more to Singapore than it exports to Germany. For South Korea more than for Spain. To Malaysia more than Italy, and to India more than the United Kingdom. More for Thailand than France. More for Bangladesh than Australia, Denmark, Finland, Austria and Israel combined.

But what is most impressive is the trade with China, right?

Yes, the relationship with China is a good example. In 2001, trade between Brazil and China amounted to one billion US dollars annually. Today, it’s worth $1 billion every 60 hours. Over the next 10 years, China is expected to import a total of 25 trillion US dollars. Since Brazil accounts for 4% of everything that China buys from the world, if we only keep our share, our exports to China will be $100 billion annually. This represents, in 20 months, an amount equivalent to what Brazil will save through pension reform in 10 years.

Should this trend continue as exports to emerging markets grow?

Should, yes. Brazil should make the most of this. Countries with large population units such as India, Indonesia, Bangladesh, Pakistan, Vietnam and Egypt should grow strongly. Only here, we are talking about two billion people. When GDP rises by 7% per year, it practically doubles every decade. These countries still have relatively low income levels. With exponential growth, a large portion of the additional income goes to basic consumption and infrastructure work. This means that Brazil can take advantage of its comparative advantages as a major power in the agribusiness and mineral products business. Thus, along with the result of structural reforms, comes an essential part of the investment that Brazil has to make in the infrastructure and re-industrialization of Economy 4.0.

Today, you are the head of the NDB (BRICS Bank). What is the focus at the moment?

Our mission at the National Development Bank is to mobilize resources for infrastructure and sustainable development in the BRICS countries and other emerging economies. Since its establishment in 2015, the National Development Bank has already approved 80 projects. The portfolio is currently valued at R$160 billion. They finance transportation, water and sanitation, clean energy, social infrastructure, roads and railways. We join the current efforts of other multilateral institutions, such as the World Bank. Our strategic goal is to position ourselves as a reference for emerging economies.

What is the importance of the Bank for Brazil?

In the National Development Bank, in percentage terms, Brazil has the largest share. In the World Bank, for example, Brazil is a minority partner, owning just over 2% of the shares. In the National Development Bank, Brazil owns 20%, in addition to the other partners. Brazil and other BRICS countries pay at the bank’s capital. Every day we sit down with the world’s largest emerging economies and work in areas like infrastructure, where our interests align. In addition, we are a bank dedicated to fulfilling orders. This means that the projects financed by the country’s National Development Bank are those that Brazil itself refers to as priorities. Our presence increases the supply of long-term capital available to Brazil.

And did you manage to do that?

Yes, for Brazil alone, since its founding six years ago, the National Development Bank has already approved R$27 billion. For example, we helped fund the Pirapora complex in northern Minas Gerais, the largest solar power plant in Latin America. It produces enough energy to consume 420,000 families. We invest in wind power plants in Bahia, Pernambuco and Piauí, which supply 570,000 homes. At Bara, we support sanitation and sewage projects. In Rio de Janeiro, we help reduce the environmental impact of effluent emissions. In Paraná, we are located in Curitiba BRT Modernization. In other words, there is a very important presence in Brazil. However, NDB is still unknown.

What have you been able to achieve in just over a year playing at the bank?

We created an area in the National Development Bank that focuses exclusively on the private sector. We have established a dedicated division called ‘ESG’, created a talent management division and have balanced the geographical distribution of funding. When we got here, Brazil represented only 10% of approved projects. Now it is 20%.

With the mandate of our member states, we have started negotiations to enter new partners, which we should announce soon. Today, we have R$5 billion in credit guarantees for small businesses. And also about R$12 billion for sustainable infrastructure and climate, which can be used by state and municipal governments and the private sector – all in so-called green growth. There are 17 billion Brazilian reals ready to be disbursed. Another 5 billion R$ for infrastructure must be approved in the next 12 months.