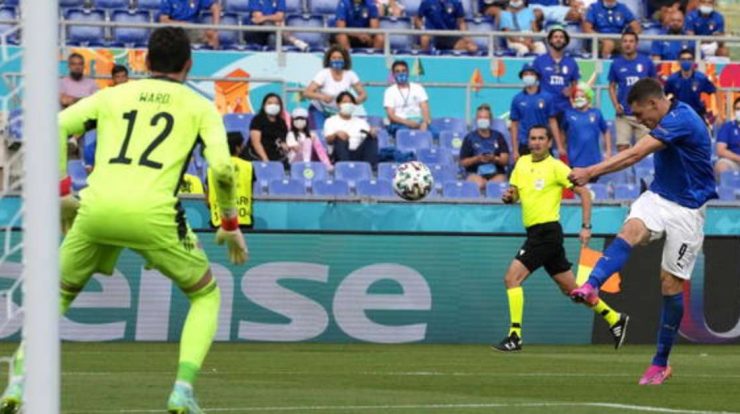 Italy’s Prime Minister, Mario Draghi, on Monday afternoon (21) defended the holding of the European Cup final in a country where the Covid-19 pandemic is under control.

The match is scheduled to take place in Wembley, England, on July 11, but the possibility of changing the venue of the match was considered if the United Kingdom followed strict rules regarding the entry of foreigners, according to international newspapers.

Today, during a press conference after a meeting with German Chancellor Angela Merkel, the Italian Prime Minister stressed the need to work so that the final match of the competition does not take place “in countries with a lot of injuries”, which may benefit Italy, as the country is already experiencing a slowdown in the number of cases. and deaths from the new Sars-CoV-2 coronavirus.

Rome Mayor Virginia Raggi posted a tweet claiming that the “Eternal City” is ready to host the event at the Olympic Stadium.

“Pass the European Cup final to Roma? We are ready. After the successful opening of UEFA 2020, Roma and Italy have shown that they know how to organize major international events,” Raggi wrote on Twitter.

Despite expectations, UEFA issued a statement confirming that there were “no plans” to change the venue for the dispute. “UEFA, the FA and the British authorities are working together to successfully organize the semi-finals and final of the Euro Championships at Wembley and there are no plans to change the location of these matches.”