Home Tech Could hypersonic thrusters ever get real? 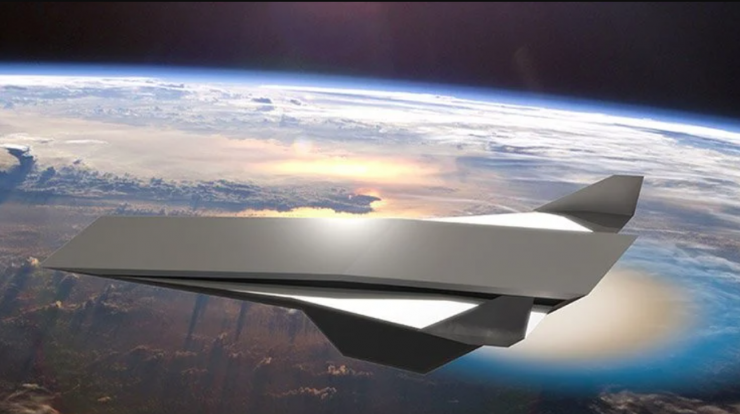 Explosion-powered hypersonic propulsion systems capable of transporting humans to distant places on the planet, or even into Earth’s orbit, are a long-term dream for many scientists, but this was nothing more than a hypothesis. However, the team has created an experimental system that appears to be the first tangible step towards making this dream a reality.

Explosions are a supersonic combustion process in which the released energy travels through matter in the form of a shock wave. This wave presses on the particles of matter, raising their temperature to the point of ignition. The challenge was to control that energy in a steady position for several seconds, which seemed not possible until then, in part because the detonations last less than a fraction of a second.

Another difficulty encountered in the propulsion system proposals has to do with the chemical fuel used in the vehicles, or the method of mixing these propellants. This problem was overcome recently – by the same team, by the way. However, the short duration of the detonation is still an obstacle to the improvement of these engines. The biggest concern in this regard is for the detonation to reach the power source, which would be catastrophic in a real ship.

To use detonation, you must first control that power. This is what the research team has succeeded in doing. The new research article has been published in the Proceedings of the National Academy of Sciences. “Instead of destroying buildings, as you have seen in Lebanon, we now want to use them and generate momentum with them,” said Karim Ahmed, the study’s lead author.

For Ahmed, “discovering how to stabilize detonation – the most powerful form of intense reaction and release of energy – has the potential to revolutionize propulsion and ultrasound systems.” This propulsion system could reach speeds of up to 20,800 km / h, which would propel a ship at up to 17 times the speed of sound, enough to send an aircraft into space without the need to lift a missile.

To break the previous record of a few milliseconds, the team used a sloping ramp inside a reaction chamber about 0.76 meters long to create a shock wave that triggers an explosion. They ran tests on a series of these chambers, which mix and heat air and hydrogen gas before accelerating to hypersonic velocities and incline firing.

In previous experiments, the team was able to create the first experimental evidence of a rotating blast, something that actually allows for cheaper missile flights. But now, by carefully balancing the proportions of the air-fuel mixture, gas flow velocity and slope angle, they were able to generate an oblique blast wave. The difference is that the oblique blast waves are stable and stable. As a result, the detonation was held in place for approximately 3 seconds.

This is long enough to ensure the detonation has settled into a stable position. In order to develop a practical engine, it will be necessary to discover how to operate at more complex speeds and altitudes and deal with the combustion instability caused by an uneven fuel-air mixture. The good news is that the body of the tester is not much different from the design of a full-size car, so the challenge will be how to change the three main components – the proportions of the air-fuel mixture, the air velocity and the angle – into one larger device, without losing the stability of the detonation.