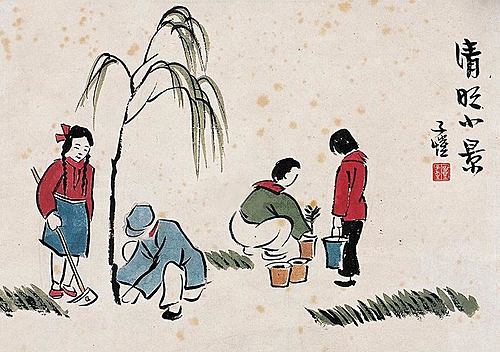 Check out the major news from the Asian giant last week

Dear reader, our conversation this week with Daniel Dumbrel pushed the opening of the Chinese financial market to foreign companies and “de-Americanization” of the culture of Chinese youth, especially due to the boom in Chinese cinema. a look Here (In English).

Amid a global vaccine shortage, China exports 115 million doses, half of its total production
Chinese vaccines have been donated to 37 countries and approved for use in 70 countries, especially in the south, while the UK has not released any vaccines yet; The Chinese government is speeding up vaccination in major cities and is planning a “vaccine passport” to facilitate international travel
Nikki Asia, 04/05/2021
CGTN, 01.04.2021

In Foreign Minister Wang Yi’s visit to the Middle East, China is presenting itself as an economic, political and military alternative to countries in the region.
China is strengthening its position as a mediator in conflicts between Iran and neighboring Arab countries, increasing oil imports from the region, but also providing technology transfer (vaccines, communications, and the military); The first Arab Chinese summit to be held this year
Asia Times, 04.04. 2021

China will share with international scientists 10% of the time it spends using FAST, the world’s largest and most sensitive radio telescope.
Research capacity in FAST space is four times greater than that of its American counterpart Arecibo – which collapsed last December in Puerto Rico; Chinese scientists have discovered more than 300 pulsars and deepened their knowledge of the Andromeda Galaxy
Shine 31.03

The government approves the merger and restructuring of state giants Sinochem and ChemChina and the creation of the world’s largest chemical company
In 2019, ChemChina – which acquired Pirelli and Syngenta – had a net profit of R $ 2.3 billion, and Sinochem R $ 11.5 billion; Business ranges from chemicals to financial services, while Washington has banned US investment in both companies through “military ties.”
Nikki Asia 02.04. 2021
Caixin Global, 01.04.2021

Xiong’an New City is being built with more than 160,000 workers in major works and environmental projects
Announced in 2017, the city is expected to reduce non-essential services in Beijing (universities, hospitals, corporate headquarters, public and financial institutions), as 70-80% of the economy depends on high-end industries and 30% green spaces.
Xinhua, 01.04.2021

The Chinese are investing heavily in real estate, but increasingly in financial assets, due to urbanization and controls on international capital flows.
Between 2004 and 2019, the share of wealth invested in real estate decreased (about 80-64.4%), while the share of financial assets – bank deposits, stocks and wealth management products, grew (18.8-32.3%); Higher-risk investments are expected to decline as the economy slows and the population ages
Caixin Global, 04/03/2021

Agriculture and the environment

Young Chinese people are breaking taboos and opening up to talk and plan their death, especially after the epidemic
Young people born after the 1990s registered of wills (70 thousand) in 2020, which mainly contain real estate (71.5%), electronic payments and online game accounts; Since 2019, 500 “cafes of death” have opened, where the topic is openly discussed
The sixth tone, 03.04. 2021
Qianjiang Evening News, 21.03.2021

The Chinese visit tombs and honor their ancestors during the “Tomb Cleaning Festival” in Qingming, a 2,500-year-old tradition.
It arose out of the Hanxi (“Cold Food”) festival in honor of Jay Zetwi – a court official who died in a fire in 636 BC – when millions travel to their homeland and preserve traditions such as horseback riding, kites and sharing meals
China Daily, 04/03/2021
Chinese Language Institute, 04.08