Home Economy Amazon, Airbnb, HBO and other sites show instability in the United States and Europe 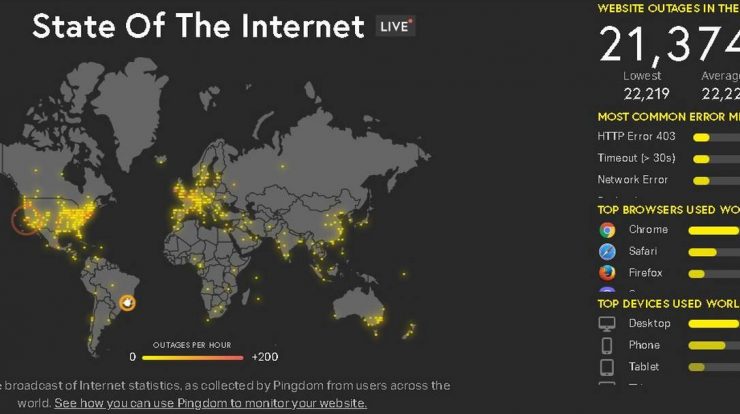 Rio – A number of websites and platforms are facing instability this Thursday. According to the Down Detector website, companies like Amazon, Airbnb, airlines like Delta as well as HBO Max, PlayStation Network, Call of Duty, Fortnite, Steam, and a variety of banks are having problems running their services.

Have you seen this? With the home office, hacker attacks on computers are up 700% in Latin America

Akamai, which provides hosting services by DNS (Domain Name System), said it encountered problems Thursday afternoon, which may be behind the global meltdown, but maintains that this is not a cyberattack. According to the company, the issue was resolved minutes after access difficulties were reported.

The British newspaper The Independent reported that many of the affected sites are Akamai clients. The company said that despite the instability being resolved, it will continue to monitor the sites to ensure all activities are back to normal.

A message on the Akami website reads: “We are aware of an emerging issue with the Edge DNS service.” “We are actively investigating the problem.”

Users also reported difficulty accessing services from Oracle, an American technology and hardware software developer. It was reported on social media that the removals of Amazon Services, a company owned by billionaire Jeff Bezos, occurred primarily in the United States.

In one post, an Internet user captures the error message that appears on the company’s page, confirming that it is an instability in Akamai. They also claim to have investigated Amazon’s web services, such as Amazon Route 53 and Amazon CloudFront, and found that they were working normally.

According to the State of The Internet, which monitors outages in websites around the world in real time, failures occur mainly in the United States and countries in Europe.

Services like Fortnite and Warframe have confirmed in their Twitter profiles that they are experiencing network issues.

“Fortnite is affected by a broader internet issue affecting many online services. We will update you as soon as everything is back to normal,” a Fortnite Status profile said at 1:20 PM GMT.

In the United States, the main affected areas were East Coast states such as Virginia and Illinois. In Charlottesville, Virginia, the Rockbridge County Fire Department confirmed problems in several states Thursday, according to information from The Sun.

Just over a month ago, a similar outage disrupted the websites of banks, airlines and government agencies.

At the time, the decline was related to outages at Fastly (FSLY), a US cloud service provider.