Home science A sus for education? 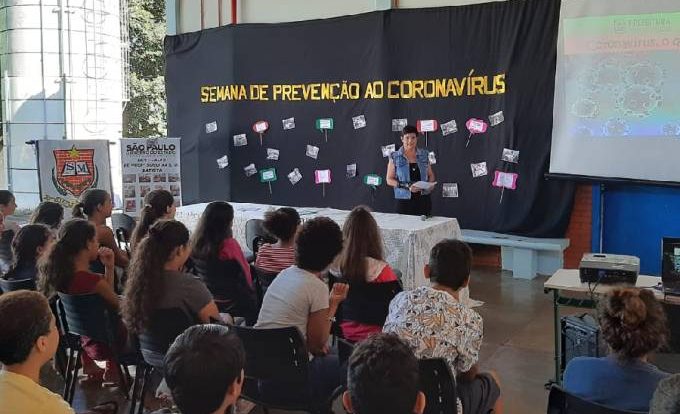 Among the various peculiarities of our country, one of them is that people who decide on public education do not send their children to public schools. This is quite different from developed countries, where children of politicians, parliamentarians, academics and professionals, for the most part, attend public schools.

Whoever decides in Parliament realizes the impact of the decision on the inside. This does not happen in Brazil. General education of others. This requires special attention on the part of those who advocate and approve of policies. The basic criteria for dealing with this type of situation can be summarized in the question: “cui bono”? Who wins this?

It is undeniable that SUS is a necessary system, of high importance and a relevant sheet of services provided to the population of the country, especially the poorest. It is perhaps the best that can be offered given the economic and institutional conditions in which the country lives. But, except in the case of mandatory vaccination, SUS does not affect the lives of those who invoke its virtues. These people have private health insurance and are the same people who enroll their children in private schools.

The presence of the SUS is necessary for several reasons, the most important of which is the interaction between the policies and procedures of different public agents: the same patient can attend services at the local, regional or supra-regional level at the same time. . Patient information needs to flow between the different agents in real time. Services provided by one state need to be billed to another – or to a central bank.

Finally, there are objective reasons for the systematic organization of the health system. Even if health is redesigned at the regional level – as it should be – there will still be some cases where coordination and policies are not explained in real time, such as in the case of infectious diseases, vaccination campaigns or transplant queues.

It is possible, on a smaller scale, that it is suitable for some specific issues related to security and social assistance: if the municipalities do not communicate, a criminal can hide in one and the beneficiary can exploit the lack of information in the other municipality.

Not so with education. For example, we have seen how state and municipal networks have operated in the same area for centuries without contacting one another, not even to determine where to build or close a school. Perhaps it would be desirable for this to happen, but it did not and life continued for at least 500 years …

Another example offers important lessons in the operation of private schools. There is a legal framework that could be much simpler otherwise. This framework is sufficient for the school to run on its own. There is little or no need to interact with other conditions. A maximum of one student with his or her academic record is transferred each year or at the end of the course. a point. The same applies to federal schools.

What advantages might having a national education system bring? To what extent do the federal bodies – the federation, the states and the municipalities – need or will benefit from a greater degree of expression? Or, in other words, will there be a lack of mechanisms that will enable the Federation, the States and the Municipalities to better perform their functions? What is the role of each one lacks clarity?

In the case of states and municipalities, we have already seen that there are no links for states to make unilateral decisions – as in the case of municipalities in Ceará and Maranhão, or, still in the case of Ceará, with policies to encourage municipalities. No other state could take this kind of initiative, including the municipality or the division of tasks between the initial and final grades, as in Paraná. Nothing prevents this from happening. There is no legal impediment. It is difficult to imagine how formal national expression could contribute to increasing the autonomy of relations between these federated entities.

This leaves the union, what problem does the national education system propose to solve? Increase the role of the union? Make union actions more effective? more effective? More differentiated, to meet different local realities, needs and demands? Depending on the answer, why would a “systematic” organization be the appropriate institutional tool for furthering these ends? What’s wrong with the MEC’s ​​relationship to the MEC or federal arrangement?

There is no item in the discussion so far that points to the merits of a systematic organization of education. But there are several elements that indicate, on the contrary, enormous disadvantages and risks of this alternative. These items must be clarified.