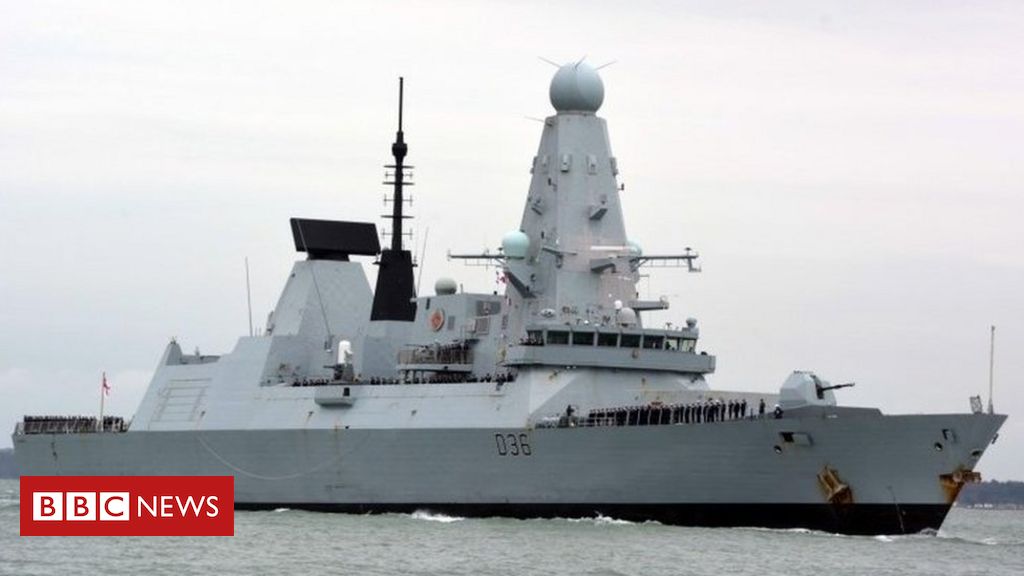 Sensitive documents from the British Ministry of Defense containing details of the actions of the armed forces in conflict zones were found at a bus station in the county of Kent, southeast England.

An extract from the documents discusses the possibilities of the Russian reaction to the passage of a British warship through Ukrainian waters off the coast of Crimea, last Wednesday (23).

Other stacks of papers were found at the bus station detailing plans for a possible British military presence in Afghanistan after the end of the US-led NATO operation.

The British government said it had opened an investigation into the case. A Defense Ministry spokesman said an official had reported the loss of sensitive documents and added: “It would not be appropriate to comment in more detail on the matter.”

The documents, totaling nearly 50 pages, were found wet in rain, behind a bus stop in Kent on Tuesday (22/06) a.m. One person, who requested that his identity be preserved, contacted the BBC when he realized the sensitive nature of the content.

The BBC believes the documents, which include emails and PowerPoint presentations, were produced by a senior official in the Ministry of Defense.

Details about the mission of the destroyer in the Crimea

Documents relating to the British destroyer HMS Defender, which passed this week off the coast of Crimea, show that the British Ministry of Defense was expecting an aggressive response from Russia, which is experiencing a territorial conflict with Ukraine in that region.

In newspapers, the British Navy’s mission was described as: “Innocent passage through Ukrainian territorial waters,” with weapons covered and a helicopter parked in the hangar. But the extracts indicate that the British government expected a strong reaction from the Russians to the presence of the ship near the Crimean coast.

In fact, on Wednesday (23/06) more than 20 Russian aircraft and two coast guard ships followed the British destroyer 19 kilometers off the coast of Crimea.

The Russian Defense Minister said a patrol ship fired warning shots and a fighter plane dropped bombs in the path of the British warship, but the British government denied this information, saying there were no warning shots.

The mission, called “Op Ditroite,” was the subject of high-priority discussions Monday (21), the documents show, with officials speculating about Russia’s reaction if the HMS Defender sails off the coast of Crimea.

“What do we know about a potential ‘welcome party’?” asked one official. “With the transition from defensive engagement activities to operational activities, it is very likely that interactions with the RFN (Russian Navy) and VKS (Russian Air Force) will be more frequent and assertive, Show warned My presentation is contained in the documents at a bus stop.

A series of slides also presents the options for the course of the battleship along the coast of Crimea. One of them is described as a “direct, safe and professional crossing from Odessa to Batumi”, including a short passage through the “Traffic Separation Scheme” (TSS) area near the southwestern tip of Crimea.

One slide concludes that the route will ensure “an opportunity to engage with the Ukrainian government…in what the United Kingdom recognizes as Ukrainian territorial waters”.

Three possible Russian responses are described in the document, from “safe and professional” to “unsafe nor professional.”

In this case, Russia decided to respond forcefully, with radio alerts, coast guard ships approaching within a radius of 100 meters and warning signals from warplanes.

There is an alternative route, considered by the British government, that would keep the HMS Defender out of the waters whose territory is contested. The show says this would avoid a confrontation, but there would be a risk that Russia would view the mission as evidence that the UK was “frightened/fleeing”, allowing Russia to argue that the British belatedly recognized Moscow’s right to the waters. Crimea.

“As the public expects, the Department of Defense is carefully planning its actions,” a Defense Ministry spokesman said.

“As a matter of routine, this includes analyzing all potential factors that could influence operational decisions.”

In short, the documents reveal that the passage of the British destroyer through an area near the Crimea was a calculated decision by the British government. It was a show of support for Ukraine, despite the risks involved.

Was the warship used as a diplomatic tool?

To be sure, the mission involved using a military ship to achieve diplomatic goals. But the primary goal was not to “prick the Russian bear”.

See also  India becomes the first country to record more than 400,000 new cases of COVID-19 in one day The National Gazette

The issue of freedom of navigation and clear support for Ukraine’s sovereignty was after Russia’s annexation of Crimea in 2014.

Sensitive information about presence in Afghanistan

Most documents are classified as “officially sensitive,” which is a relatively low level of confidentiality.

But on one of the documents was marked “UK Secret Eyes Only”, which in Portuguese means “Secret British Eyes Only”.

It includes highly sensitive comments about a potential UK military presence in Afghanistan after the current NATO mission ends.

Earlier this year, US President Joe Biden decided to withdraw US troops from the country, so the process began to lose momentum.

The document discusses the US request for British support in several specific areas and addresses whether any British special forces will remain in Afghanistan once the withdrawal of US forces is complete.

Press reports have already indicated that the UK is considering keeping troops in the country. Because of the sensitive nature of the document, the BBC decided not to disclose details that could put British security forces in Afghanistan at risk.

But in the face of news that the situation is getting worse in the country, this raises several alerts.

“Any British presence in Afghanistan continues… is considered vulnerable as the target of a complex network of actors,” the document says, noting that “the option of a complete (troop) withdrawal remains.”

He says Afghanistan is already becoming more dangerous as NATO’s presence dwindles. No Britons have been killed in Afghanistan since the signing of an agreement between the United States and the Taliban in February 2020, the document states, “but this will hardly remain the status quo.”

There has never been a collection of secret missing documents covering so many important topics in the past.

This is a major embarrassment for Britain’s Ministry of Defense, which is currently conducting an investigation into how leaves appeared on the ground behind a bus stop in the rain in the early hours of Tuesday morning.