Home science Zoom in / Zoom out: Majority believes that everything will have a virtual component in the future 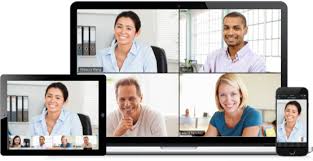 A study by Zoom Vídeo, conducted in 10 countries, including Brazil, concluded that 90% of respondents believe that even after a pandemic, everything will have a hypothetical component. Research shows that the number one global activity in the future (excluding India, Germany and Singapore) for which consumers want to use video communications is government commitments (public services). In Brazil, the top 5 activities that citizens plan to use for video communications in the future are in order: government, financial services, retail, business, and celebrations.

Talking to friends and family, home meetings, and birthday parties were the most cited when it came to activities that respondents had to hypothetical in the past year. District of Education recorded the highest percentage of use of video communications, followed by business and celebrations. Unlike Brazil, the first activity that was implemented was via videoconferencing by participants from the USA, UK, France and Australia celebrations.

When it comes to the mixed work space, the highlight was that flexibility has enabled employees to adapt work to their lives, which will help improve mental health and productivity levels. The main concern associated with a mixed workplace is the lack of personal or interpersonal contact.

Most of the respondents plan to resume activities in person, especially those related to celebrations (60%), health (48%) and real estate (47%). Government is the only activity in which nearly a third of respondents (27%) indicated a stronger preference for being only virtual in the future.

Business: Those who used video calling for business chose to do so because they feel video is safer than face-to-face meetings. 70% plan to have the classroom and virtual components for this future activity. What respondents love the most about using video communications is the ability to stay safe, and what they don’t like are interruptions when multiple people are talking at the same time.

Healthcare or TeleSaúde: Those who used video communication for health did so because video appeared safer than in person due to concerns about the pandemic (74%). 62% plan to have a virtual face-to-face consultation in the future. The factor that respondents claimed to hate on video calls is the feeling of no real connection.

education: Video calling was used mainly for education because the default format appeared to be safer than face-to-face (67%) and because the face-to-face options were not available (66%). 65% answered that they plan to hold virtual face-to-face classes in the future.

an exercise: Those who used video calls for entertainment did so because they needed a distraction (60%); Because the video seemed safer than in person due to the epidemic (57%) and because accessing it from home is very convenient (55%). In the future, 63% plan to have personal and virtual components in their leisure activities.

Celebrations: Video calling was used for celebrations because the default format is more secure than live format (63%) and thus people cannot be present (47%). Almost half of respondents (42%) plan their future celebrations to be personal only. What they claimed they didn’t like about Virtual Celebrations is the feeling of losing a real connection.