Home Economy Why Bolsonaro might cause a boycott of beyond meat 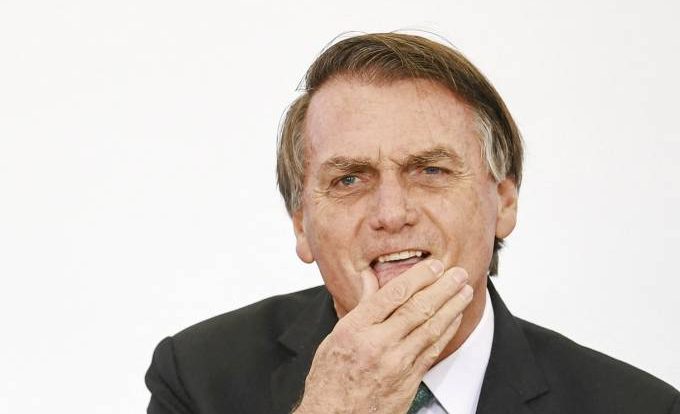 The return of China’s purchases of Brazilian meat is good news, more than three months after a ban imposed since cases of the disease known as “mad cow disease” were confirmed. But if, on the one hand, Brazil returns to one of the most important elements in its export basket with China, on the other hand, the encirclement begins to close with Europe. In mid-December, major European supermarket chains, including a subsidiary of France’s Carrefour, announced that they would no longer sell Brazilian beef due to the product’s association with deforestation. The boycott was already expected given President Jair Bolsonaro’s stance on environmental issues, at a time when governments around the world are beginning to come under greater pressure from society to embrace a green and sustainable agenda.

In an interview with VEJA, Sergio Amaral, the last former Brazilian ambassador to the United States, warned that countries committed to the environmental agenda could restrict entry for Brazilian products. After all, Europe recently announced that it intends to ban products from deforested areas. The European Commission’s proposal must be voted on by the European Parliament in the first half of 2022, along with its 27 member states. The restrictive measure is already being studied by other countries, such as the United States and the United Kingdom. In both countries, rules and projects that prohibit the purchase of products from deforested areas are being considered. Even China has already indicated that it intends to eliminate imports of products from these regions.

Anticipating such moves, six European chains have already announced that they will remove Brazilian meat from their shelves, including Dutch chains Ahold Delhaiz and Lidl Netherlands; Belgian Carrefour Belgium; French Auchan, British Sainsbury’s and Princes Group. The decision follows accusations that Brazilian companies will produce livestock in deforestation areas that were later moved to regular farms for slaughter, concealing the source of the meat. The scheme was revealed by an investigation conducted by Mighty Earth in collaboration with the Brazilian company Repórter.

This was not the first revenge during Bolsonaro’s government. In 2019, there was a boycott of Brazilian leather clothing companies in response to fires in the Amazon rainforest. That same year, a Swedish retailer stopped buying Brazilian agricultural products due to the release of more pesticides. At the time, the network in question, The Swedish Paradiset, was reporting the approval of 169 new pesticides, a 14-year record. Last year, the President of France, Emmanuel Macron, made it clear on his social networks that his country was working on independence from Brazilian soybeans. According to the French, “Continuing to rely on Brazilian soybeans means agreeing to deforestation.”

Brazilian soybeans were also boycotted in 2006, after Greenpeace noted the link between grain production and deforestation. After the investigation, European entities lobbied for sustainable solutions, which led to the moratorium on soybeans, an agreement between producers and environmental organizations to set rules for sustainable production. Despite the convention, deforestation in the region remains high. According to the Brazilian Association of Vegetable Oil Industries (Abiove), from 2008 to 2020, 88,234 thousand hectares of soybeans were planted in dispute with the moratorium. Earlier this year, European companies threatened to boycott Brazilian goods with the introduction of a bill that would regulate the occupation of public lands.

During Bolsonaro’s government, deforestation in the Amazon was the highest since 2008, according to Inpe. In government, she has also developed laws that liberalize land grabbing and mining in protected lands. The Land Acquisition Act, which was approved in the House of Representatives, regulates intrusion into public lands. The text could endorse increased invasion and deforestation, and represents one of the biggest environmental setbacks. Moreover, during COP-26, the largest climate conference in the world, Brazil signed a commitment to end deforestation by 2030, but it did not convince the authorities. A week before the event, Bolsonaro visited an illegal mining area on indigenous land and promised to legalize the activity.

World leaders are increasingly skeptical of Bolsonaro’s position and see his speeches as “empty promises”. “For Brazil, an agricultural exporter that relies heavily on primary products, being vulnerable in the environmental field means lost business and investment and increased country risk,” says Fernanda Magnotta, coordinator of the International Relations course at Fab College.

According to Amaral, environmental issues have become the core of the new development agenda and countries will increasingly demand concrete evidence that Brazil is taking steps to reduce deforestation. “If Brazil is reluctant to take certain measures to significantly reduce deforestation, we will have a problem with exports and we will remain in the spotlight under increasing pressure,” he says. To avoid further boycotts, there is only one way to go: adjust environmental policy in line with the global trend behind talk and paper. Only in this way will it be able to maintain the billionaire’s numbers in the export basket in the long run.

See also  Has the emergency withdrawal of FGTS 2021 been issued? | Rede Jornal Contábil