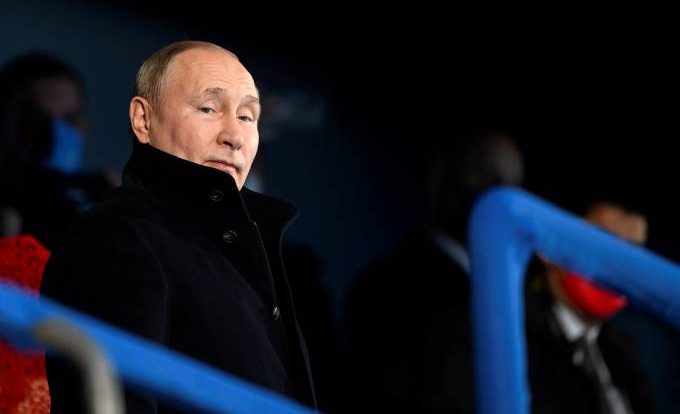 Ministry of Foreign Affairs United Kingdom Against this Friday, 13, new sanctions were imposed Russia, This time against the president’s close circle and family members Vladimir Putin, Including his girlfriend and his grandmother. Sanctions include a freeze on assets and a travel ban.

The justification of the British government is that Putin officially owns only small properties in his name: a small apartment in St. Petersburg and two Soviet-era cars. These are the people who will help the Russian president maintain a luxurious lifestyle, including one The said mansion on the Black Sea coast.

“Putin trusts the network of his family, childhood friends and elected elites, who have benefited from his rule and support his way of life.

According to UK Secretary of State Liz Truss, the aim is to expose and target the “dark web that underlies Putin’s luxurious lifestyle” by tightening his grip on Putin’s inner circle.

“As long as Ukraine prevails, we will continue to block all those who support and help Putin’s occupation,” he said.

According to Foreign Office figures, the UK government has imposed sanctions on more than 1,000 individuals and 100 companies since the Russian invasion. Ukraine, In February of this year. The most significant move so far has been the freezing of the assets of Roman Abramovich, the owner of the Chelsea football club. Also, he was banned from navigating the UK.

Is said to be Putin’s girlfriend Alina Kabeva, Is a former Olympic rhythm gymnast and holds positions of authority within Russia. He is also the chairman of the Russian National Media Committee, which controls several television stations. He was a member of Putin’s United Russia party for more than six years. Kabiva’s grandmother, Anna Jatzeplina, is associated with billionaire Janeti Timchenko, a close associate of Putin.

+ Who is said to be Putin’s lover who fled to Switzerland?

In addition, Putin’s ex – wife Lyudmila Oceretnaya is on the list. They divorced in 2014, but since then, he has reportedly “benefited from preferential business relationships with state-owned enterprises and exhibited indescribable wealth.”