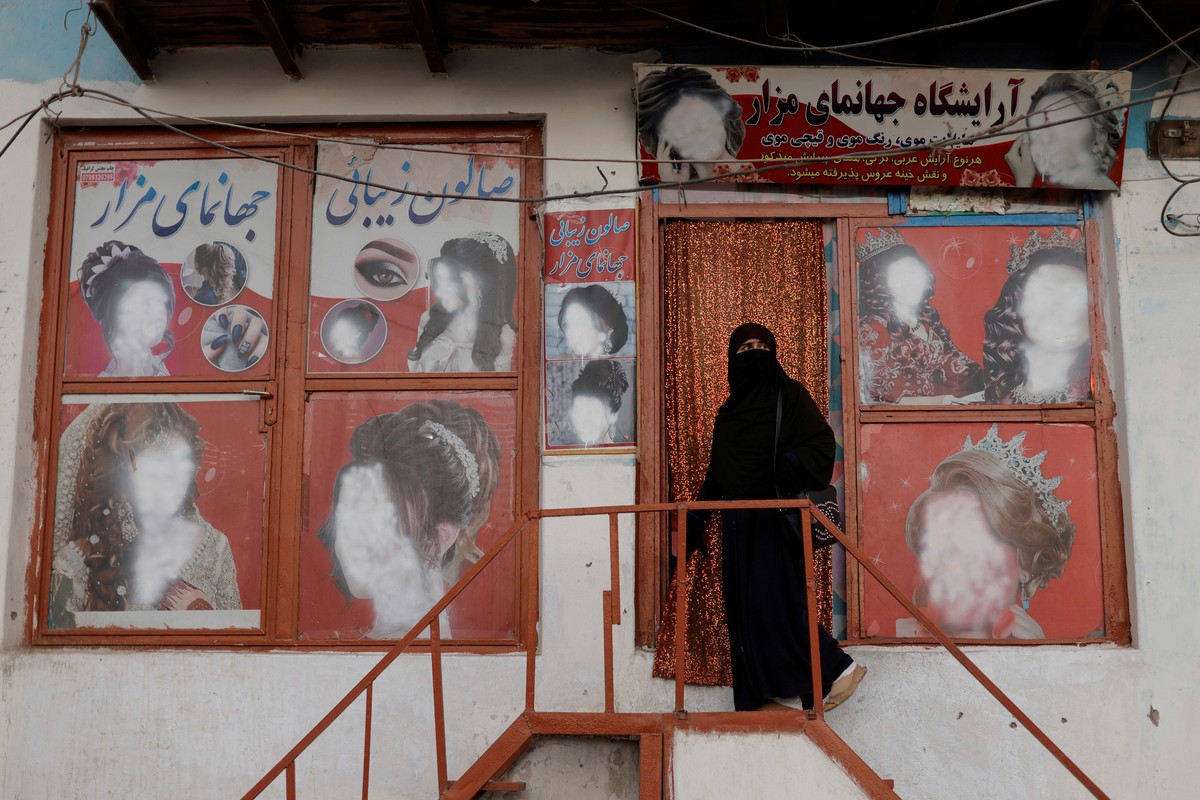 The Taliban regime announced, Sunday, (26) that women Those wishing to travel long distances must be accompanied by a man from his immediate family, A new sign of the regime’s hardening despite its initial promises.

The recommendation, issued by Afghanistan’s Ministry for the Promotion of Virtue and the Prevention of Vice, and circulating on social media, requires drivers to accept women in their cars only if they wear the “Islamic headscarf.”

“Women who travel more than 45 miles (72 kilometers) cannot make the journey unless they are accompanied by a relative,” ministry spokesman Sadiq Akef Mohajer told AFP, adding that the accompanying person must be a man.

A woman wearing a burqa walks past a window with pictures of white-painted models in Kabul, Afghanistan, on October 6 – Photo: REUTERS/Jorge Silva

The directive was issued just weeks after the ministry asked the country’s TV channels not to show “serials with women,” and required journalists to wear the “Islamic headscarf” in front of the cameras.

The Taliban did not elaborate on what they consider an “Islamic headscarf,” whether it is just a headscarf or to cover the face.

Since coming to power in August, the Taliban has adopted a number of restrictions on women and girls, despite early promises that the regime would be less stringent than its predecessor (1996-2001).

In many counties, local authorities have agreed to open schools for girls, although many are still unable to attend classes.

October 9 – A Taliban fighter poses for a photo at an amusement park outside Kabul, Afghanistan. A martyr, from Wardak province, enjoyed his day off while visiting Kabul for the first time – Photo: Jorge Silva/Reuters/Archivo

In early December, a decree was issued in the name of the Taliban’s supreme leader asking the government to support women’s rights, but this document does not mention the right to education.

Human rights activists hope that the Taliban’s efforts to gain international recognition and restore much-needed aid to the country, one of the world’s poorest, will lead to concessions from the movement.

During their first government, the Taliban forced women to wear the burqa. They were only allowed to leave the house accompanied by a man and were not allowed to work or study.

Know the difference between the Islamic State and the Taliban