Home Economy The red carpet and economic diplomacy: where every detail counts – Opinion 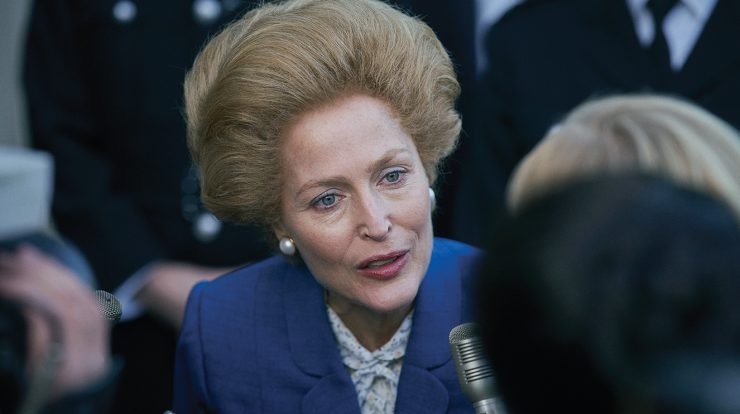 If there’s one thing I love, it’s pursuing awards for series and movies. At the time of awards presentation, I had rarely seen all those vying for awards for Best Series, Best Movie, Best Actress/Actor, Music or Comedy etc. But I love following the looks on the red carpet and researching movies and series for my little ‘Watching’ list, which only grows every day (next to ‘Reading’ and I wish I had more hours available one day).

While watching the last Emmy movie, I came across the reflection that Gillian Anderson, winner of the 2021 Emmy in the “Best Supporting Actress in a Drama Series” category, I had one thing in common!

I would say that this bond between us would be a ‘career in Hollywood’. Unfortunately, this is not realistic (yet).

The truth is, we both had roles in the British government, although it’s worth noting that my appearance was much less glamorous than when Gillian played Margaret Thatcher in The Crown.

Before embarking on my career in the world of finance, I looked at another aspect of economics – the aspect of public policy. As an economist for the UK government in Brazil, I have worked closely with all the ins and outs of economic diplomacy between the Queen’s Land and Gillian and this side of the Atlantic.

Unfortunately, I’ve never met Bethena (as we joke to call our “little boss”, Queen Elizabeth II) or any member of the royal family in my years at the British Foreign Office. But I had the opportunity to perform a lot of what the Netflix series shows up close.

From preparing briefings and speeches for ministers and secretaries to selecting guests for a high-level dinner between governments, to confronting a group of bureaucrats to agree to a joint declaration (the famous “Joint Statement”), after a dialogue with leaders from different countries.

In that context, a particular scene from the series’ final season – which depicted Thatcher’s years as UK Prime Minister – reminded me a lot of my British years. A scene (I promise no spoilers!) in which the leaders of the different countries that make up the Commonwealth are trying to take a common position on the sanctions imposed on South Africa due to apartheid.

At the scene, the official document negotiated between the authorities—for me, my old friend, the “Joint Manifesto”—is painstakingly crafted by many hands, until the ideal of all but Thatcher. The document, then, remains for hours/days in the hands of the Prime Minister and her team, only her signature is missing.

All because of… one word! After a lot of back and forth and many word choices, the document is approved and published. Secretaries and diplomats declare victory. Whether positive or negative, they came to a consensus.

Yes, that was a part of my daily life not too long ago. To many, the word may seem like a detail. But if I have learned anything from these years of diplomacy, it is precisely the details that have the power to alter the course (or prevent change) of the economy, history, and lives of each of us—whether it is for what we judge to be positive or not.

Have you seen how much there is beyond looking good in a good Emmy? We look forward to what awaits us at the Oscars (March 2022, wait for me)!

See also  Without a charger, the Youtuber drives 2000 kilometers per month